Page: Lauren Renschler is a force in the sports PR world

Lauren Renschler is a force in the sports PR world

By Sam Gardner | Posted 7 months ago 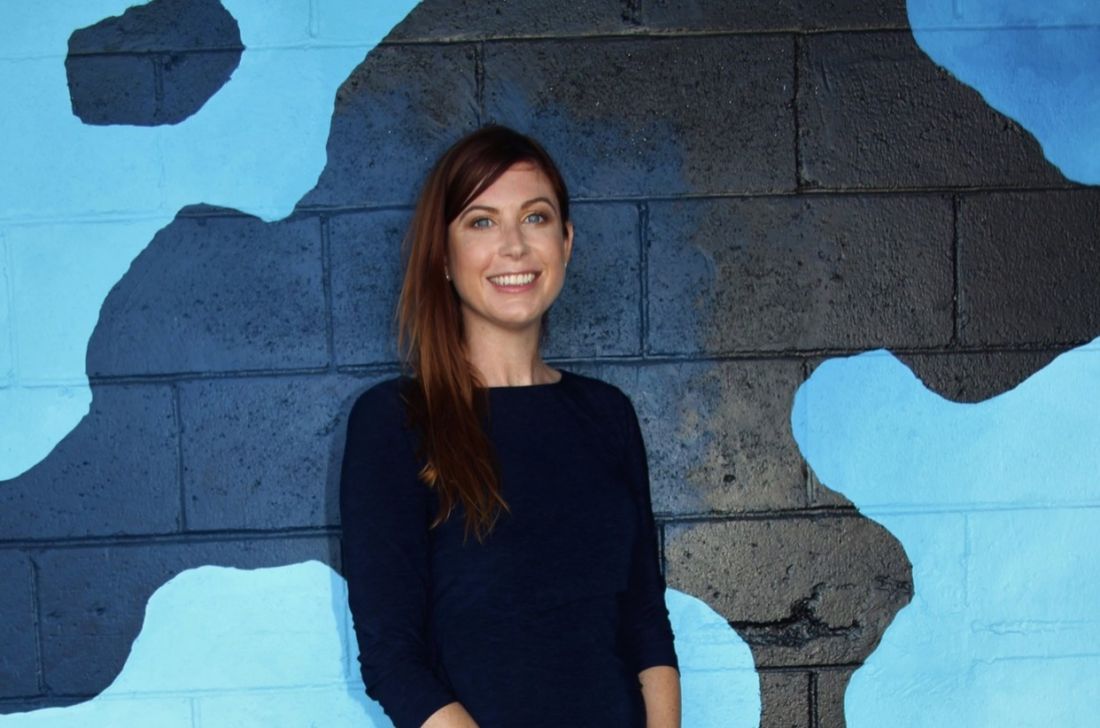 If you were to land a meeting with the founder and CEO at William Raymond Communications, you might be surprised to learn that person’s name is not William or Raymond.

Lauren Renschler, the executive giving you her time, doesn’t mind that one bit.

Renschler is a rising star in the sports PR and marketing world, and her company, which she started in February 2018 after 12 years of agency life, is named for a friend and former client, the late New Orleans Saints defensive end Will Smith. Smith’s middle name, of course, was Raymond, and when Renschler put it on her front door, she did so with the hope that it might help more prospects find it — and take it seriously.

"He did so much for me personally and professionally, I wanted it to be a tribute to Will," Renschler said of Smith, noting his role in helping her land other clients, including Calais Campbell, early in her career. "But I also knew that having a man's name attached to a sports agency might get me in more doors if people didn't know me or hadn't worked with me before. So that was something I definitely took into consideration."

"I've had clients like Calais for 10 years, like Delanie [Walker] for seven years, where, these guys — if you're doing your job as someone who's working with athletes, especially from a marketing and social media standpoint — you have to know every brand they're using, every brand their wife is using, details about their kids, you know, things that really make us feel like a family, not just staff.

While Renschler cherished her previous gigs, she says branching out on her own has allowed her to devote more energy to the campaigns and stories she’s most passionate about.

“I am so interested in sports and the athlete personality and the interaction with media and how you can create a narrative through working all those things together," Renschler said. "At that point in my career, I just felt I understood the athlete landscape better than a traditional PR firm might, and wanted to be able to provide that without boundaries or expectations or the normal confinement that comes from a corporate PR structure."

The Cardinals and Jaguars defensive end Campbell, now with the Baltimore Ravens, made the jump to William Raymond after working with Renschler at previous stops in her career, and the standout defensive end has continued to watch his star rise with his longtime friend guiding the way. 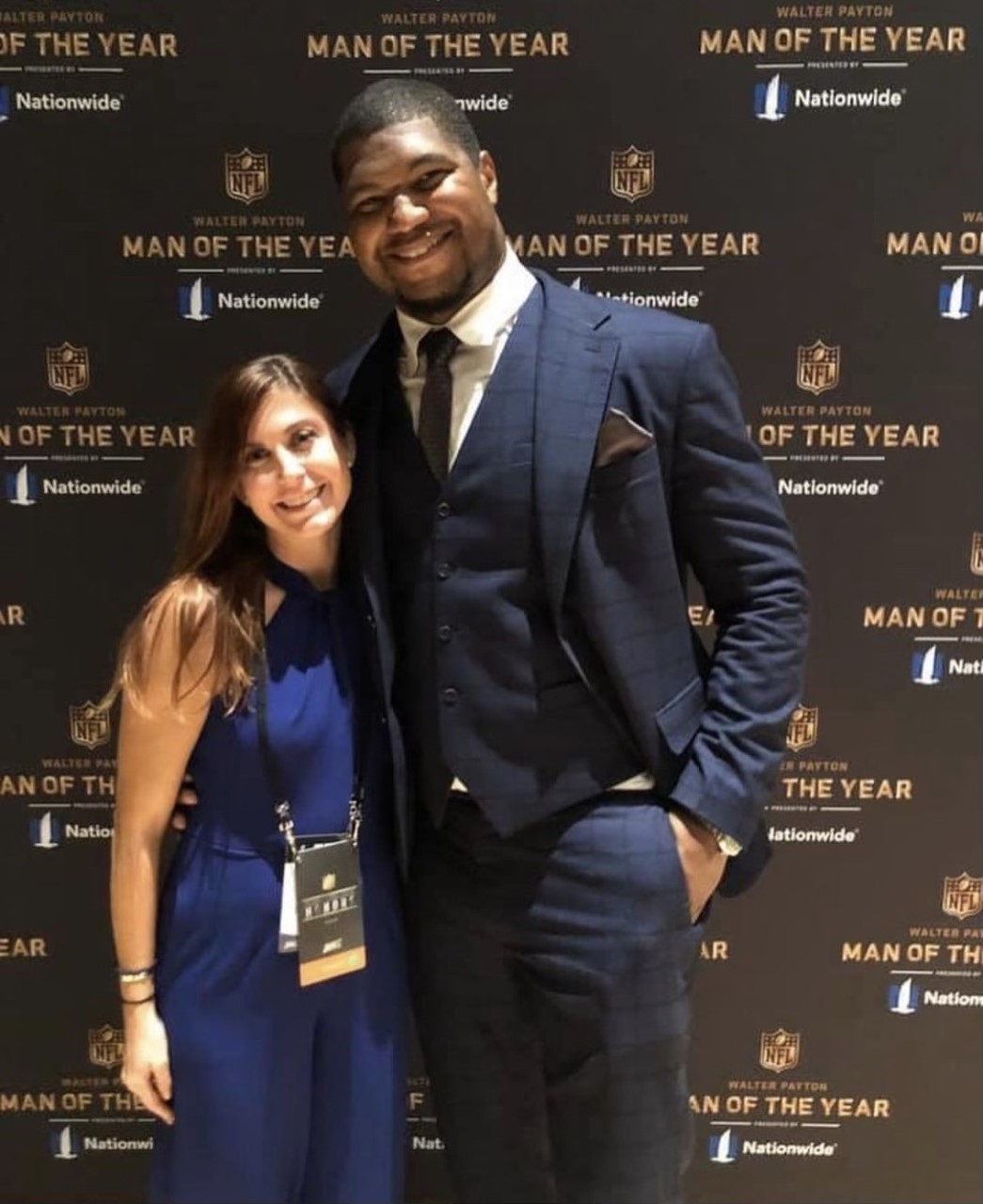 A University of Miami grad, Renschler worked in the Hurricanes’ football office, where she met Campbell on his recruiting visit. Campbell and Renschler teamed again during the former’s time in Arizona, and they’ve now been together for a decade. Renschler works tirelessly on behalf of Campbell to “cement his legacy, not only as a football player, but as a person,” she says.

The payoff came in February 2020, when the NFL recognized Campbell as its Walter Payton NFL Man of the Year. The Payton Award is one of the game’s most prestigious honors, as it recognizes the recipient’s excellence on and off the field, and it came on the heels of another off-the-field recognition, the 2019 Bart Starr Award. That player-voted honor recognizes a player for his “outstanding character and leadership in the home, on the field and in the community.”

"That was certainly a highlight of my career, seeing Calais, who I've known since he was 17, to be recognized with a top award in the NFL, and I know it means a lot to him too," Renschler said of the Man of the Year nod. "And so just knowing that was something that I had a  behind-the-scenes role in, playing a part in helping him get to that point, that's something I'll remember for the rest of my life."

It certainly won’t be the last major accomplishment for Renschler, who employs a small team that includes former NFL linebacker Kirk Morrison in a business development role. In the past three years, William Raymond’s client roster has grown from 12 to 25, but as her business expands, she’s staying focused on providing the type of representation that got her where she is. 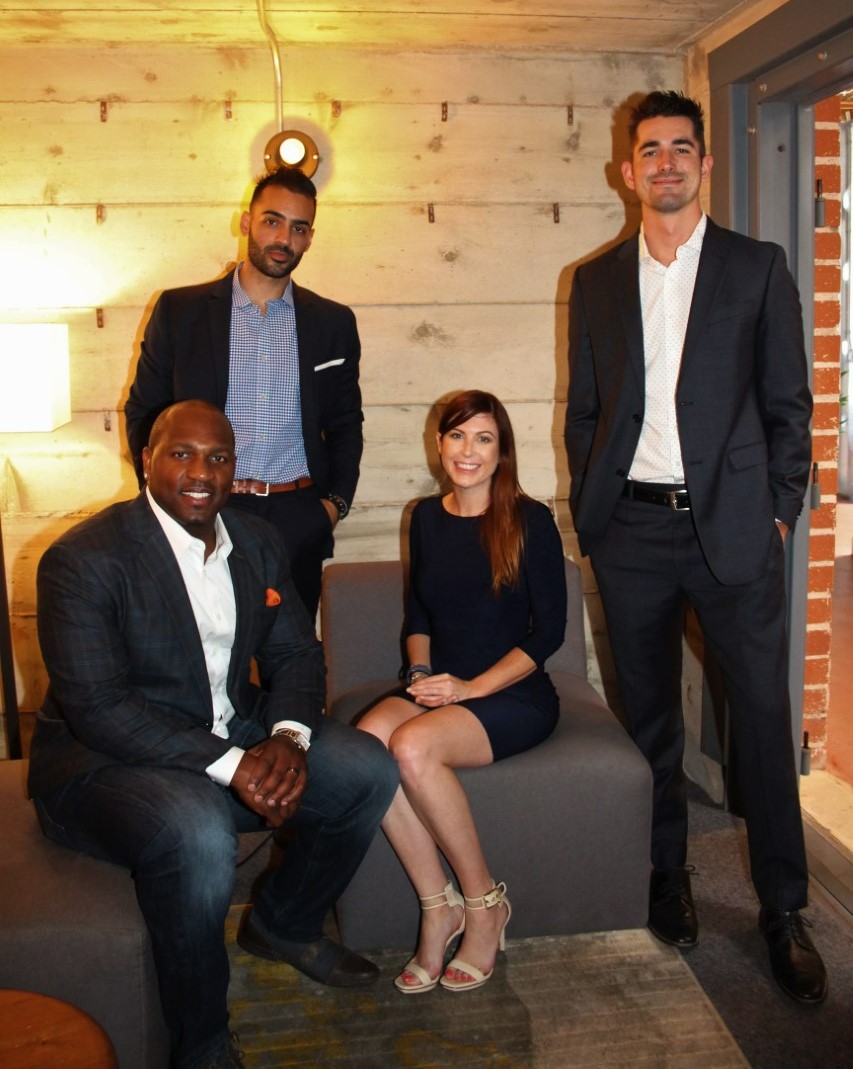 "We really feel like a family — not just staff, but athlete-wise — and I don't want to get too big where we lose that and we don't have that connection with our clients," Renschler said. "And so for us, it's, 'How do we attract people who are going to have long careers that can make a difference, because of their playing career, in the community? How do we attract people who have that transformative personality?’"

One prime example is Dalton Risner of the Denver Broncos, who Renschler says understands the legacy isn’t only what you do on the football field.

"I really take a lot of pride in helping the guys who maybe aren't making the highlight reel every time get to a point where they're known outside of their market," Renschler said, referring to her clients who make their hay in the trenches. "For example, we work with Dalton Risner he will be going into his third year with the Broncos as an offensive lineman and he has a heart of gold and will do anything for anybody. When Dalton gives interviews, he makes sure to communicate 'I don't want to be remembered for what I do on the football field, I want to be remembered for who I am as a person and how it impacted people.'” That’s exactly the part of our work that means the most to the William Raymond team.”

In Renschler’s case, it starts with a good name, but regardless of how clients first arrive at her office, she knows it’s on her and her team to make sure the best ones stay there.

"Respect is earned and you have to prove yourself, and that's the lesson I take from the athletes we represent — you have to work harder than everyone else," Renschler said. "It’s special to be around, I don't take that for granted. People who are at the top of their profession and who have been doubted in their careers and have worked really hard stay there at the top of their game—I think I absorbed a lot of that from our clients and helps drive our philosophy as a firm. Every day I feel humbled and very grateful to be surrounded by the athletes we work with."