By Dylan Butler | Posted 13 days ago 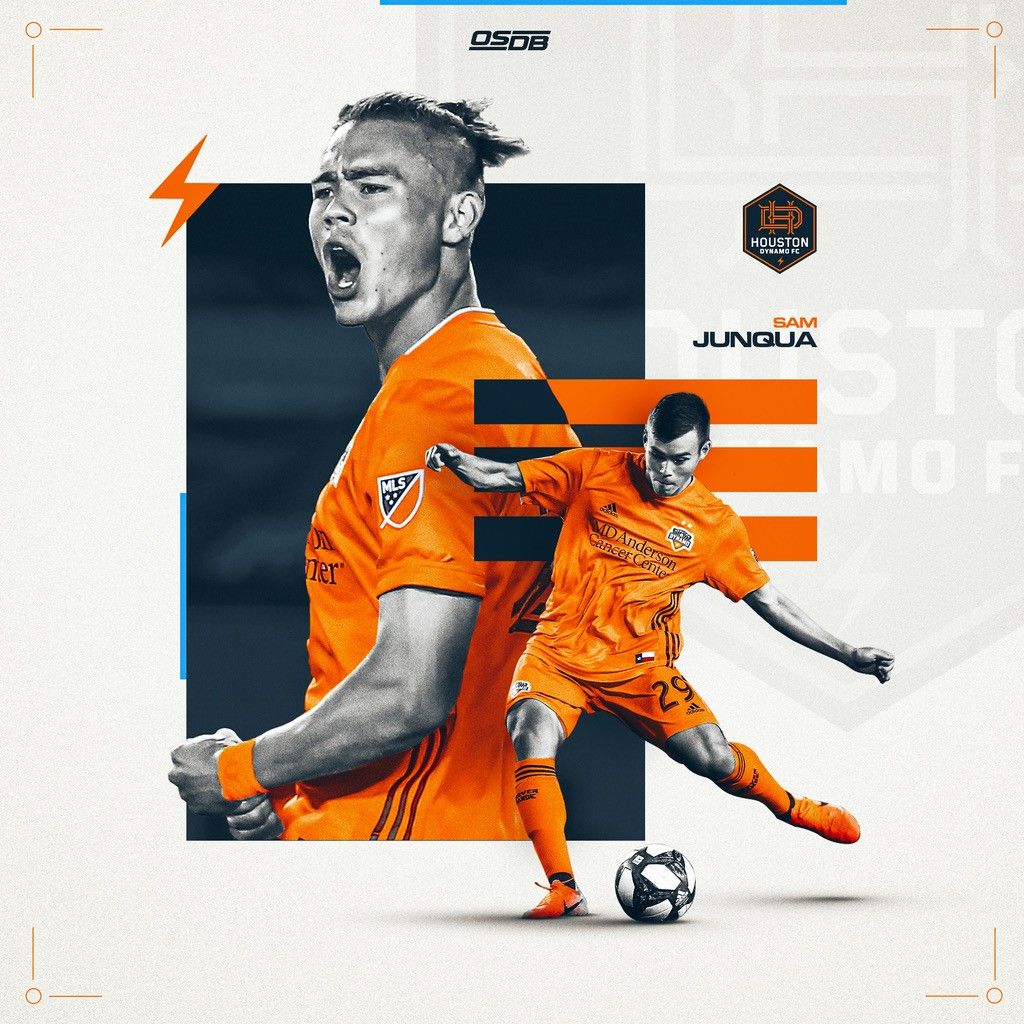 Sam Junqua isn’t among Major League Soccer leaders in goals or assists. No one in the league has more saves than the Houston Dynamo FC fullback — of animal lives that is.

The 24-year-old animal enthusiast and his girlfriend are pet foster parents, often stepping in the final hours before a cat in the Houston area is euthanized.

Junqua isn’t a “cat guy” but the decision to solely foster cats has to do more with being a professional soccer player than an animal preference.

It’s the same reason he didn’t have a dog growing up in Saratoga, Ca. There were plenty of other animals — a parakeet, a guinea pig, some fish and turtles. But no cats or dogs.

“We would travel a lot, for soccer or to visit family,” Junquasaid. “We would go to Japan or France every year or so, and being away for three weeks at a time, it was harder to think about having an animal.”

Junqua’s girlfriend did have cats and dogs as pets growing up and she was the driving force to convince him to make the leap, and save some lives to boot.

There are currently seven cats who reside in Junqua’s two-bedroom apartment in Houston, two — Yuna and Mocha, a Siamese cat with a blended coat — they’ve adopted themselves.

There’s also Mabel, who is with Junqua’s girlfriend in Boston as she pursues her Master’s degree. Sam said he keeps up with both via FaceTime, making the separation a little more manageable.

Perhaps not surprisingly, Junqua said he’s often the butt of some locker room jokes about his charitable efforts.

“They joke that I've got like a cat colony inside my home or I’m a cat hoarder,” Junqua said. “And then they say some other stuff that I can't repeat here, but it's fine. It’s all good fun.”

Junqua adopted his first cat during Major League Soccer’s COVID-19-related suspension of play early in the 2020 season. They started being foster parents last fall and Junquaalso volunteers his time with Houston Pets Alive and the local ASPCA.

Houston Pets Alive, an organization near and dear to Junqua, is in need of some financial help with Junqua saying there’s a possibility they might have to close its doors next year.

“Because we feel like they're doing great work we're trying to encourage the community to step in and try to prevent that from happening through helping out or donating whatever may be,” he said.

When Junqua and his girlfriend foster kittens, they’re encouraged to find unique names in order to avoid confusion in the databases. As an example, the most recent litter, their third, were named after coffees and teas — London Fog, Chamomile, Matcha, Tapioca and Jasmine. Tapioca was Boba at first. But that name was already taken.

Junqua has yet to name any of the kittens after his Dynamo teammates, although an orange tabby named Boniek (after the veteran Honduran midfielder) has a nice ring to it.

“That'd be really funny,” Junqua said. “More banter with the teammates there.”

Junqua said the story doesn’t end with a kitten’s successful adoption. He likes to stay in touch with the forever family and see how the cat interacts with them and grows.

Often that’s through pictures and Junqua noticed a young boy, who was holding one of the kittens adopted out, wearing a soccer jersey.

Junqua figured it was from the team he played for .Junqua’sgirlfriend reached out and said her boyfriend played for the Dynamo and asked if they follow the team? Lo and behold they’re season-ticketholders.

“We've developed a relationship with that family and we still get updates on how that kitten is doing,” Junqua said. “We like seeing them grow up, and I think it's really cool to see them develop with their forever homes.”

Junqua has developed as a professional. His third season with the Dynamo has been his breakout campaign. Seeing limited time last year after being selected eighth overall in the 2019 MLS SuperDraft, Junqua has started 10 of the 13 matches he’s appeared in this season.

It’s been a difficult year for Houston. Tab Ramos was hired a year ago with the hopes of changing the team’s fortunes. The Dynamo were last in the West before a 3-0 victory Saturday night over Austin FC. That snapped a 16-match winless streak and catapulted the Dynamo ahead of the expansion side in the standings.

At that moment, Yuna jumped on Junqua’s couch, looking for some screen time, some affection or maybe some lunch.

“They don't have boundaries,” Junqua joked.

But they have a home, even its a temporary one. It’s a much better place than they’d be had Junqua and his girlfriend not decided to step up at the last moment.

That’s perhaps the most gratifying part of being a pet foster parent for Junqua.

“Knowing that these kittens might not be here today if we weren't able to take them in, I think that has a profound impact on me,” Junqua said. “Seeing them grow up, and thinking they wouldn't have had this chance, that’s really powerful. And then seeing them go to their families and make an impact on the family that they go to, I think that's also very special. So those two things are really what gives us the meaning from this experience and makes us want to continue doing it.”