Page: FC Dallas’ Lucas Bartlett Has Designs on Success on Pitch and Fashion

By Dylan Butler | Posted 9 months ago 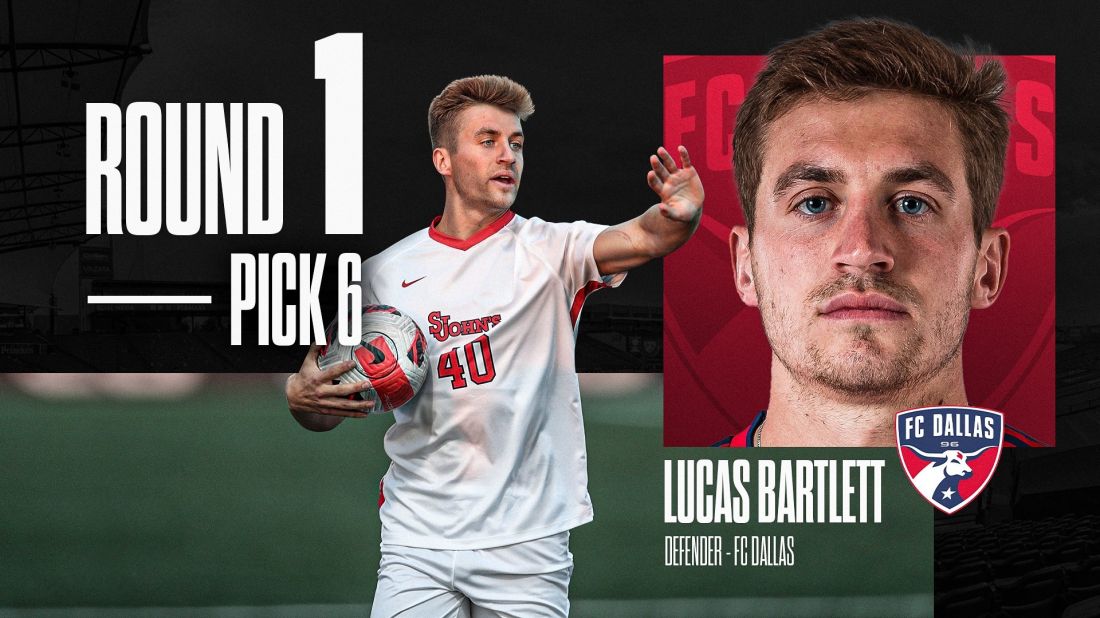 Lucas Bartlett isn’t your ordinary Major League Soccer rookie. At 24, the FC Dallas center back is older than most breaking into the league.

The Overland Park native sees that as a positive. He’s got a maturity that makes the transition to a professional setting easier for him than those 6-8 years younger. And a grounded attitude that is also the slogan of his burgeoning brand of golf apparel.

That brand is called Boge, short for bogey. The slogan is “Living life above par” It was an idea born during the COVID-19 late summer of 2020 when the college soccer season was being moved from the fall to the spring.

Then at Drake University, Bartlett and his friends on the team were at a loss without the daily regimen of training and games the Division I game provides. With more free time on their hands than they knew what to do with, Bartlett and his boys hit the links.

“We were just going out for a couple rounds every week and basically had been talking about how there wasn’t a brand that represents us,” Bartlett told OSDB Sports. “We’re just a bunch of average golfers, guys that shoot over par every round, but aren’t discouraged because of it because we enjoy the opportunity and the time we get to be together on the course.”

Bartlett, a finance undergrad who earned his MBA in his final season at Drake, called his parents “serial entrepreneurs.” Starting his own business was already in his blood. He just needed the time to devote, which came at the height of the global pandemic.

“I've learned all the traits from my family and obviously learning so much on the go and they've been massive, inspiration and help and everything for me in terms of bouncing ideas off guidance,” Barlett said. “So that's been an incredible bounce pad for me.”

While Boge golfers don’t take themselves too seriously on the course, there’s no skimping in terms of the quality.

“We're going for something that’s a sleek look, a very presentable brand, something that can be worn in a business office, the classiness of that,” Bartlett said. “But also the words of the brand behind it. It means a little bit more to those that are wearing it and want to wear it or aspire to wear it.”

“He would be the peak — a good golfer, but there’s never a dull moment,” Bartlett said. “He’s enjoying every day and it looks like he doesn't stress about anything that's going on in the course. That would be the goal.”

The next clothing drop will be called "Let it fly,” another message about playing freely on the links.

“Take that driver, go for that shot and do whatever you want to do on and off the course,” Bartlett said. “Let it fly, don't stress about those mistakes or the chance that it might not work out. And that's kind of the message we're just trying to get across.”

That’s also Bartlett’s mentality as a first-year professional soccer player after being selected sixth overall by FC Dallas in the 2022 MLS SuperDraft.

It’s a pick that opened eyes, with some mock drafts projecting Bartlett to be taken significantly later in the draft.

“Too old,” was one of the criticisms and it all played out on social media without a filter.

But Bartlett is fueled by the doubters and naysayers, always has been. He played high school ball instead of going the academy route and started his college career at Loyola (Md.) where he redshirted as a freshman and started all but one game as a sophomore before transferring to Drake and finishing up his collegiate career at St. John’s University.

“You can kind of get lost in that as a rookie or pro now to see that for the first time really outspoken opinions about you,” Bartlett said. “But that's been my whole career, right? I went to three different colleges, not necessarily by choice. It was more just naysayers or opportunity, or maybe something didn't go my way. And so I had to create a new environment or a new opportunity for myself. And obviously, it's gotten me to where I am now. And it's most definitely been the biggest motivating factor in my life.”

Bartlett signed his first professional contract shortly after being drafted by FC Dallas, a club at the forefront of youth development in MLS. While many, like Ricardo Pepi and Jesus Ferreira make their way up through the club's academy, being in an organization that values youth development is another plus Bartlett sees to the start of his career.

First-year FCD coach Nico Estevez is “very methodical and thoughtful in his approach,” Bartlett said. And with North Texas SC, coached by former center back Pa-Modou Kah, offering players like Bartlett valuable match minutes in a professional setting in the new MLS NEXT Pro league, Bartlett gets the best of both worlds.

“He's extremely demanding and has massive tangibles to give to players,” Bartlett said of Kah, who he called “an absolute animal as a player.”

“He’s seen everything under the sun. He's been a pro for 20 years and now in his coaching career someone I most definitely look up to and someone who had an incredible career that I aspire to have as well.”

Bartlett said Houston Dynamo defender Tim Parker, who also played at St. John’s, has been a terrific mentor in his early days in MLS. And in Matt Hedges, a 32-year-old center back who is in his 11th season as a regular starting defender, Bartlett has a great example of what the standard in the league is.

While he’s not stressing the small things, Bartlett is anxiously awaiting his FC Dallas debut. The club is in the midst of a stretch of three games in seven days, which includes a US Open Cup third round encounter against USL Championship side FC Tulsa on Tuesday.

MLS clubs regularly rotate players, especially early in the competition. So there’s a possibility Bartlett steps on the field for FC Dallas sooner than later.

“I'm really excited for that moment, obviously for me and my family,” Bartlett said. “I mean, they've been next to me the whole time and I talk to them every day, especially my parents, they're the rock to me right now. There's tons of stressful days and draining emotionally days and they’re always the constant that I can kind of lean on. And so that moment for me is just as important for them. I can't wait for that just to see their faces. I know how proud they already are of me, but that moment will be really cool.” 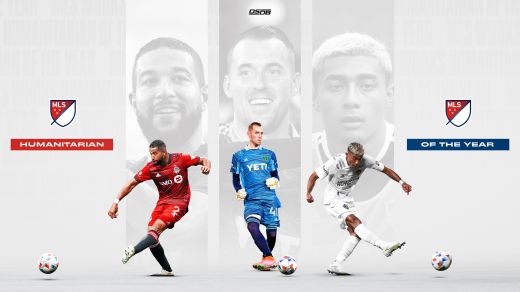