By Steve Tsilimos | Posted 17 days ago 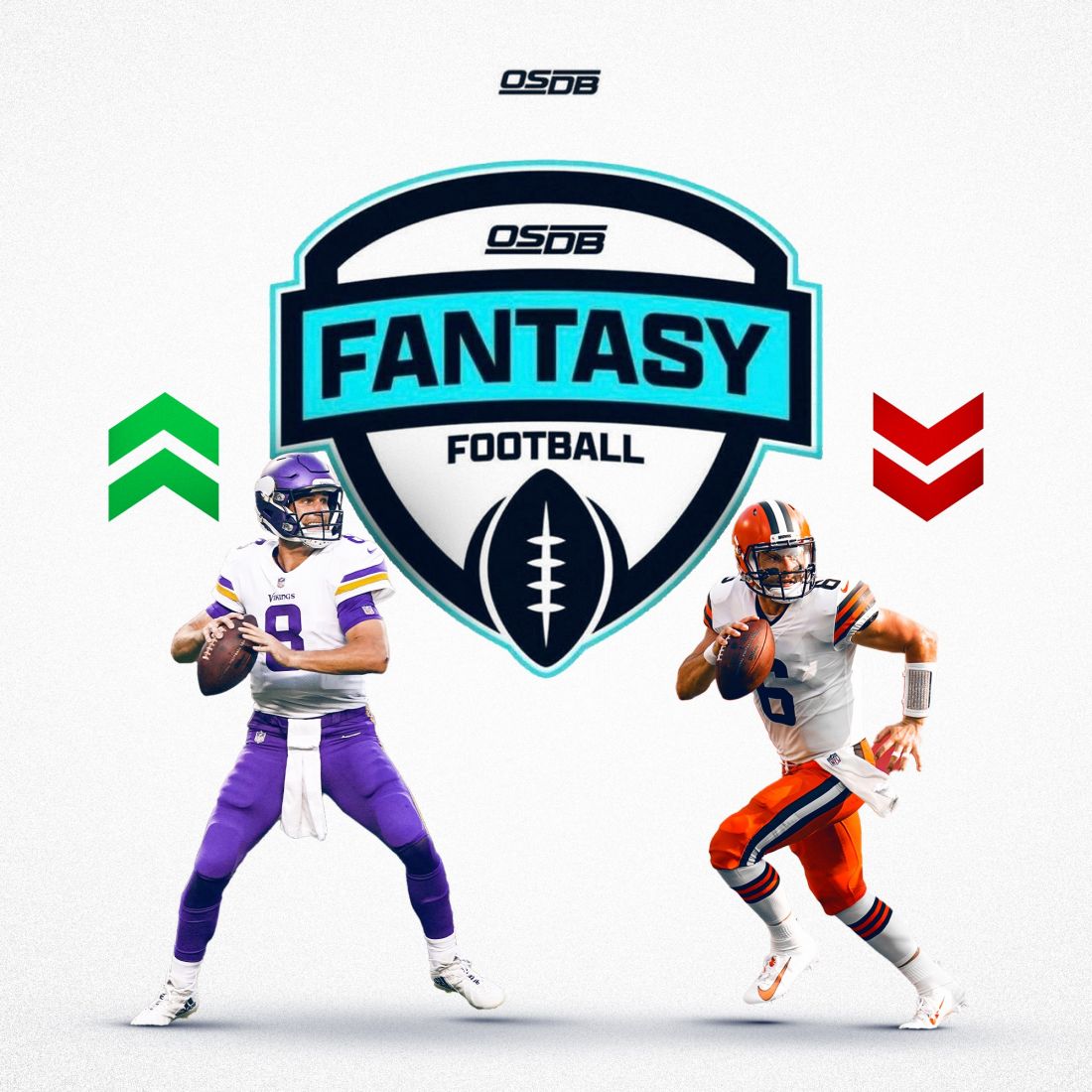 Week 4 of the NFL season had some unexpected fantasy heroes arise, which is no surprise, but one big surprise was that the Jets took down the Titans for their first win. Another close game featured Cordarrelle Patterson catching three touchdown passes as the Falcons almost won another game. Ezekiel Elliot and Saquon Barkley had their best weeks thus far …a great relief for their fantasy owners.

Arizona remained unbeaten by taking it to the Rams and the 49ers are still tough to decipher as they continue to deal with more injuries. Trey Lance had to fill in for Jimmy Garoppolo in the second-half in their loss to the Seahawks. David Montgomery and Logan Thomas were a few of the biggest names lost to injury in Week 4.

Week 5 is headlined by a rematch of last season’s AFC Championship game between the Bills and Chiefs on Sunday Night Football. There should be plenty of fantasy points to be had in the highly anticipated rematch.

Cousins and the Vikings’ offense was manhandled by the Browns’ defense in a 14-7 loss. Cousins had his worst game, but should be able to rebound in a big way with the Lions coming to town this week. The Lions are one of the two winless teams left and a big part of their struggles is because their defense stops teams from scoring as good as a bucket with a big hole in the bottom holds water.

Mayfield struggled, connecting on less than 50% of his passes for 155 yards and no TDs. The Browns are leading the NFL in rushing and will continue to try and win games with ball control and good defense. The Chargers’ young defense is legit, especially against the pass. Mayfield will have to play a solid game to beat the Chargers but that does not mean he will be a top-12 QB.

The “Air Raid” offense in Arizona does not care who is on the other side of the ball, they are going to put up points. Conner is getting all the goal-line work and has received more than 10 rushing attempts in three out of four games. The 49ers are one of the easiest teams to run on which means Conner could have some decent yardage along with another TD to make his streak three games in a row with a TD.

The Patriots rushed for negative yards on Sunday night for the first time in franchise history. New England should be able to reestablish their ground-and-pound approach in Week 5 as they travel to Houston -- the Texans have given up the second-most rushing yards this season. Harris and Brandon Bolden should both have enough work to put together nice fantasy numbers.

The Dolphins are regressing to where many people thought they should have been last season as their offense becomes fantasy irrelevant. Gaskins was shockingly kept out of the action for most of the team's loss to the Colts. He only had three carries for two yards and did not see a target. It is an easy choice to stay away from this backfield this week as they travel to take on the defending champs in Tampa Bay.

Patterson has been a surprise asset for the Falcons and that was before he caught three touchdowns on Sunday. He now has five total TDs and is averaging nearly 100 yards from scrimmage as the Falcons’ utility-man. It seems the Falcons, Patterson’s fifth team, have finally figured out how to use the former first-round-pick effectively on offense.The Jets have only allowed one-receiving TD this year -- which leads the NFL, but I do not expect that kind of efficiency to continue.

There is a new V. Jefferson in the NFL and he just had a solid game against the Cardinals with a 6-90-1 statline in the Rams loss. The Rams can expect opposing teams to use the defensive scheme the Cardinals successfully deployed -- takeaway Cooper Kupp and make Matthew Stafford spread the ball around. Jefferson has emerged as WR3 in L.A., and he should see plenty of looks as Stafford continues to gain trust in him. The Seahawks have given up the second most receiving-yards and receiving-TDs thus far this season.

I hope you haven’t waited this long to sit Aiyuk, but if you have it is definitely time to place him on the bench. He has yet to have a fantasy relevant game, and to make things worse starting QB Jimmy Garoppolo may miss extended time with an injury. Maybe Trey Lance can come in and spark the 49ers passing offense but I would not count on it happening against a Cardinals defense that has allowed the seventh-least passing yards.

I was on the Schultz train as a great pickup last week but I was totally wrong when I told people to bench him. He has 15 targets, 138-yards and three TDs in his last two games and seems to have developed into one of Dak Prescott’s favorite targets (leading the team with eight in Week 4). The tight end position is as shallow as a blow-up-kiddie-pool, making Shultz a starter for as long as he is getting 6-8 looks on one of the best offenses. His usage could change one Michael Gallup returns from injury.

Thomas exited Sunday’s WFT win with a hamstring injury in the first quarter and was unable to return. Hamstring injuries do not heal in a week, so if he does play against New Orleans, he will probably be less than 100%. The Saints have been tough on TEs, which means I am looking for a streaming option for Thomas if he is on my team.