By Steve Tsilimos | Posted 3 months ago 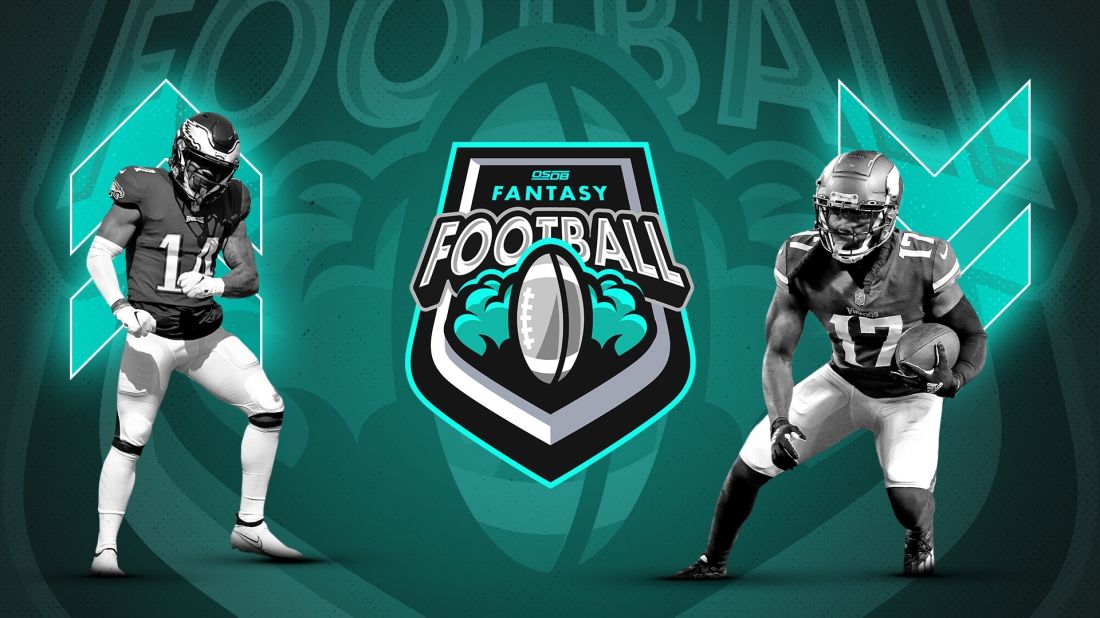 My definition of a sleeper in fantasy football is a player drafted in the back half of the draft that will outperform ADP. I like to think of sleeper picks as players who will start the year on your bench but could end up being a weekly starter after they have proven to be ‘that guy.’ It is, in a sense, players that the experts and your league mates are sleeping on.

Some of the names that come to mind as sleepers from the 2021 season are Cordarrelle Patterson, Russell Gage, Brandin Cooks, and Elijah Mitchell. Some of these guys were going undrafted but eventually became league winners.

The players that I am going to profile below have low risk because you are able to draft them in the later rounds of your draft. The way to spot a sleeper is a player who is in a situation where they could end up being the guy or at least get more touches than most people expect. You cannot lose your league in the late rounds of the draft, but you sure can win it.

The Las Vegas Raiders put their chips on the table and went all in on Derek Carr this offseason. They brought in Josh McDaniels to be their new head coach and went out and got Carr’s former college teammate and arguably the best WR in the game, Davante Adams. McDaniels has a fantastic track record as the offensive coordinator of the New England Patriots where he led the number one scoring offense ever in 2007 (the record was later broken by the 2013 Broncos).

Carr is coming off a career-high 4,804 passing yards on 428 completions in 2021. Although Carr had a good year, he only threw for 23 TDs last season. That number could easily increase by 50% and be around 35 with Adams lined up out wide this year. The Raiders’ receivers have been more trouble than they have been worth in the time Carr has been there. They seemed to fix that problem and now have a bonafide No. 1 WR who is an absolute problem for opposing defenses around the goal line.

Philadelphia Eagles RB Kenneth Gainwell has been getting a lot of praise in camp and is set to take on a larger role in an improved offense. Gainwell has stand-alone flex value as the Eagles’ third down back and could end up eating into starting RB Miles Sanders’ early down work. The Eagles are a run-first team, and I expect this backfield to be more of a committee than it was last season.

The Eagles leader in red-zone touches, Jordan Howard, is no longer with the team which means Gainwell could be in line for an increased role inside the 20. In five games that Gainwell averaged 35% of the offensive snaps, the rookie averaged 17.5 fantasy points (PPR) on just over 12 touches per game. I expect the Eagles to try to get Gainwell around 10-12 touches a game early in the season and possibly more as the season progresses. Miles Sanders is in a contract year, and it is not crazy to think the Eagles may be handing the torch over to Gainwell by the end of the season.

The second-year Michigan standout Nico Collins is set to have a big year as WR2 in Houston. The 28-year-old Brandin Cooks is WR1 for the Texans, but Collins could be taking over that role sooner rather than later. The Texans have improved this offseason but will most likely be playing from behind often, which should result in a lot of passing attempts. QB Davis Mills struggled in his rookie season, but he played well enough to have some analysts saying he may be the best QB from the 2021 draft. The connection between these two will definitely be stronger in their second campaign together.

With a 4.42 in the 40-yard dash, the 6’4” Collins is a matchup problem for any corner, especially the opposing team’s second corner. The Texans have been quoted saying that they want to expand Collins’ role in the offense and that they want to take advantage of his size against man coverage. There aren’t many other WR2 still on the board in the 15th or 16th round, especially ones that are big and athletic and could be the alpha on the team by the end of the year. Everything tells me that Collins is severely undervalued because of Houston’s 29th-ranked offense in 2021.

K.J. Osborn became a hot waiver wire add last season once Adam Thielen went down with an injury in Week 12. From Week 13-17 Osborn showcased his skills averaging 12 half-PPR fantasy points per game. The Vikings brought in a new head coach and play caller Kevin O'Connell who was the Rams OC last season. The Rams ran 11-personnel at a league-high rate of 86% of the time. This is important because Osborn is the third WR in Minnesota and should be on the field a lot more considering the Vikings ran 11-personnel the fifth least last season.

Thielen is going to be 32 years old and has already shown signs of slowing down. Osborn is entering his third season in the NFL and is picking up steam and could end up being WR2 in Minnesota as early as this year. Even if Thielenstays healthy, there will be a lot of opportunities for Osborn to shine as defenses will have to scheme against Justin Jefferson and Dalvin Cook.

Tonyan had a breakout season in 2020 finishing as TE3. He tied Travis Kelce for most TDs by a TE with 11 that season. Last season Tonyan was off to a slow start before he tore his ACL and missed the rest of the year which is why he is being drafted so late. With Davante Adams departing for Vegas there is a lot of ambiguity about who will step up as Aaron Rodgers’ favorite target this season. Tonyan is my pick to at least gobble up some of Adams’ league-leading 28 red zone targets from last season.

Tonyan seems like a steal in the late rounds as one of the few players on the roster that has earned Rodgers’ trust. Tonyan does not need to be a target monster like Kelce or Mark Andrews to become a top-5 TE, he just needs to score TDs. Tonyan has proven to have sure hands by catching 88.1 percent of passes thrown his way in 2020. If Tonyan stays healthy, he seems to have an easy path to crush his current ADP and finish at least in the top 10 of TEs.