By Steve Tsilimos | Posted 13 days ago 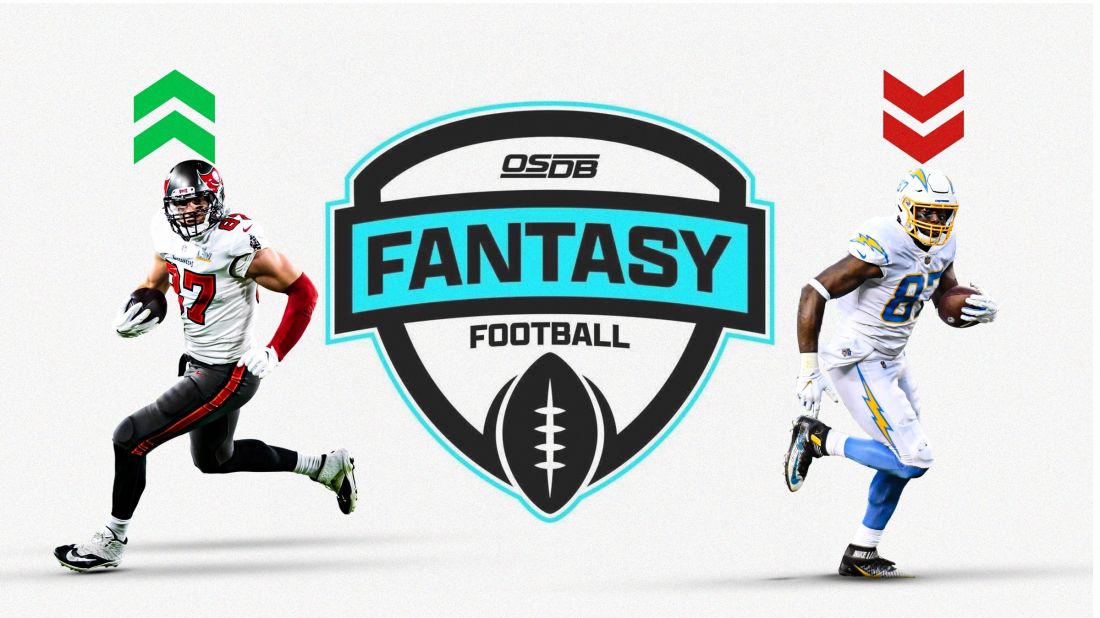 Thanksgiving week is upon us and that means the NFL is well into the third quarter of the season. Tension is building for teams jostling for the playoffs, while some front offices are already looking toward next offseason. The regular season for most Fantasy leagues is only a few more weeks, which means Week 12 will have huge implications.

For millions of American families, a full day of NFL football on the television is about as “traditional” as eating a turkey on Thanksgiving. Three games are set to kick off on Thursday -- it’s crucial to have your roster sorted on that special morning before you consume copious amounts of food and drinks.

On the topic of Thursday games, New England's defense was among the top scorers in Week 11, putting up 33fantasy points in its shutout win over the Falcons on TNF.The defense is a big part of why the Patriots are leading their division and one of the hottest teams in the NFL.

Rookie-QB Mac Jones and the ‘21 Patriots are provoking comparisons to the early 2000s Super Bowl teams that were built and run by Bill Belichick with a young Tom Brady at the helm. Dare I say, that it seems likely, we could see the Patriots and Buccaneers in Super Bowl LVI -- the NFL loves a good story.

Sunday’s action was highlighted by Jonathan Taylor going off for five-total-TDs and 51 fantasy points as he led the Colts to an impressive 41-15 victory over the Bills. Taylor has taken over as RB1 in fantasy and, with his most recent performance, put his name in MVP talks. Another running back that had a huge day was Austin Ekeler, who had four-total-TDs in the Chargers' 41-37 win over the Steelers.

Cam Newton’s Sunday performance has everyone questioning why he was just signed two weeks ago. Newton put together a vintage game, finding paydirt three times (two passing, one rushing) in a 27-21 loss to the Washington Football Team. The same day Newton and Taylor Heinicke (two of the lowest-paid QBs) were putting up big numbers, Dak Prescott and Patrick Mahomes(two of the highest-paid QBs) struggled -- combining for three interceptions and zero TDs in the fantasy-dud-of-the-week.

New Orleans’ TE Adam Trautman sprained his MCL in the fourth quarter. Trautman was moved to the IR and is expected to miss 4-6 weeks.

Jaguars’ WR Jamal Agnew suffered potentially a serious hip injury. Agnew was placed on IR and may miss the rest of the season.

Bears’ QB Justin Fields suffered a rib injury in the third quarter. Reports are that X-rays are negative but Fields will miss the Bears' Thanksgiving matchup with the Lions.

Cowboys’ RB Ezekiel Elliott suffered an ankle sprain early in the game. He returned but looked hampered by the injury. His status should be monitored this weekbecause Dallas play Thursday against Las Vegas.

Cowboys’ WR CeeDee Lamb suffered a concussion right before the end of the first half. Lamb likely doesn’t have enough time to clear the five-step protocol for Dallas' Thanksgiving game.

Both teams on a bye this week have multiple top fantasyplayers on their teams. The Cardinals need the time off to get some key players healthy. The Chiefs, who are on an “ugly” four-game winning streak, will use the extra week to figure out what they can do to get back to their dominating ways.

Newton makes the start list for the second straight week because he possesses a high-floor due to his rushing volume, especially near the goal line. Newton is in a system he is comfortable with and he has a plethora of weapons at his disposal. Mix that with how physically gifted he is and that he is playing with a chip on his shoulder -- he becomes a nightmare for opponents. Newton could help many fantasy teams reach the playoffs this year as he has favorable matchups with the Dolphins and then the Falcons after the Panthers' bye -- if he is not available in your league now he may be next week when he’s on his bye.

Tannehill looked horrible in a 22-13 loss to the Texans on Sunday. He threw four interceptions and finished with a QBR of 19.2. The loss brought the Titans crashing to earth and ended a six-game winning streak. Tannehill's struggles were not all that surprising as he has been operating without his star running back Derrick Henry and former All-Pro WR Julio Jones. There is no room for struggling QB play when you are traveling to Foxborough in November. The Patriots’ defense had four INTs and held the Falcons to 125 passing yards last week -- providing more evidence that they are one of the best units in the NFL.

Freeman remained the lead back for the Ravens even after fellow RB Latavius Murray returned to action last week. Freeman played 57% of the snaps with 16 carries for 49 yards and a touchdown in the Ravens’ 16-13 win over the Bears. He also was targeted six times, catching them all for 31 yards. The 20 fantasy points Freeman put up in Week 11 was a season-high, but he has topped 11 in four of the past five weeks. The veteran RB does not provide huge upside but his usage in the Ravens’ run-first-attack is worth a flex-spot this week against the Browns.

RB Michael Carter is expected to be sidelined, setting up Johnson for a decent workload against the Texans. Johnson was already steadily involved in the Jets’ passing offense -- five receptions in three of the past five weeks with two TDs. In the loss to Miami, Carter's three-down usage was cutting into Johnson’s third down work but that will not be an issue for a few weeks. Johnson should regain control of third down and more early down work as he splits time with Tevin Coleman in Week 12.

McKissic usage in the Football Team's offense has been consistently low -- topping 10 touches once in the last four games. His output has also been consistently low all season as he has failed to top 100 yards or score a TD in every game but two. His production does not seem to be affected by the presence of Antonio Gibson but more so by the game script. The Seahawks’ offense has struggled as of late and they do not seem ready to jump out to a big lead against Washington -- making McKissic a change of pace back throughout the contest.

Valdes-Scantling is coming off of his best game -- four catches for 123 yards and a TD. MVS saw a team-high 10 targets from his quarterback as the Packers were trailing for most of the game and needed to find production outside of Davante Adams. The 10 targets match the amount he has had in his last four games combined. Although it is risky to assume MVS will have another high-volume game against the Rams, it definitely seems plausible. The Rams will do everything they can to shut down Adams, using CB Jalen Ramsey and double teams, leaving Valdes-Scantling as the best option to have another big-day.

Higgins is coming off his worst performance, catching two passes for 15 yards. Higgins was averaging nearly 10 targets per game over his last three contests before Sunday’s dud against the Raiders. The second-year-WR has been one of Joe Burrows’ favorite targets and that should continue against the Steelers. Higgins hasn’t scored a TD since Week 2 but I expect that to change this week. The Steelers’ defense just was scorched for 41 points against the Chargers and gave up 24 points to the Bengals in Week 3.

Golladay has been a bust in his first season with the Giants. He is yet to score a touchdown and has topped 100 yards once. After another disappointing start to a season, the 3-7 Giants are making changes inside the organization once again -- offensive coordinator Jason Garrett was fired on Monday. New York is already rotating receivers and other players in an attempt to figure out who’s who for the future. Even though Golladay signed a huge four-year deal this past offseason, his role on the Giants is in question. Kadarius Toney is the only Giants receiver that I would possibly start next week.

Gronkowski returned from injury on MNF and picked up right where he left off with six catches for 71 yards. The Bucs look dangerous because Tom Brady has that late-season look again and he also has his all-time favorite target back. The Colts have not been effective at stopping opposing TEs this season, providing Gronkowski the sixth-easiest TE matchup in Week 12. Gronk is a must start as long as he and Brady are healthy.

Cook is on the sit list again and he has been one of the players who I’ve been right about. Cook is not being used near the goal line, and is a bit of an afterthought in the Chargers' attack. The veteran TE has not topped 50 yards or scored a TD in his last four outings. Cook obviously should not be in any starting lineups this week against the Broncos’ defense that is ranked second-best at stopping TEs. If you still have Cook on your roster, it’s long-past-due for you to explore other options.