By Steve Tsilimos | Posted 27 days ago 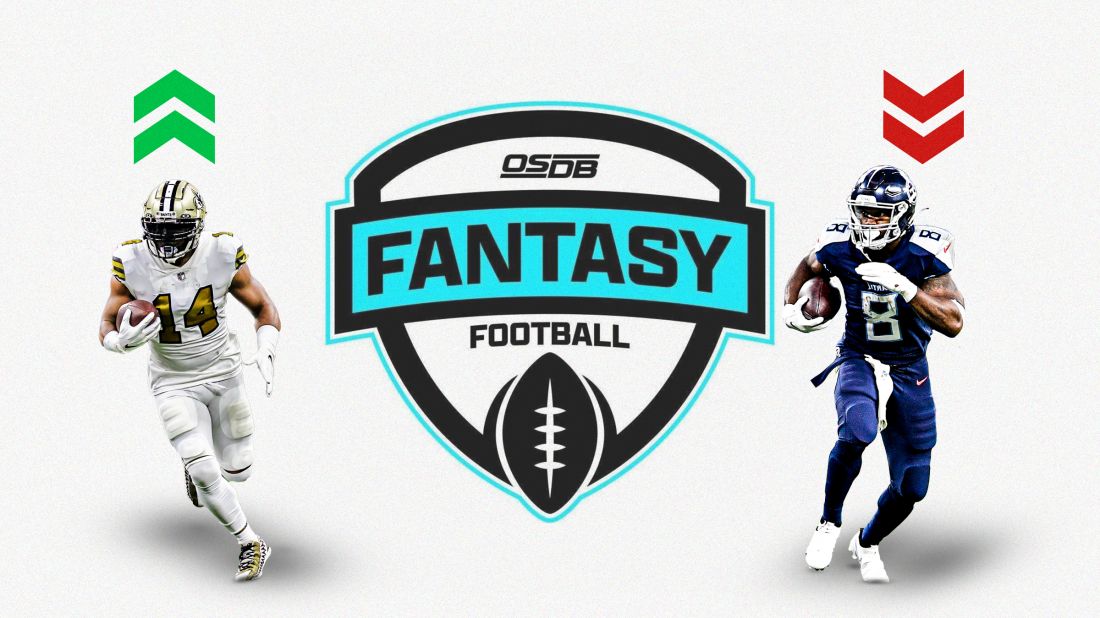 The Packers’ offense struggled without Rodgers as they operated with rookie-QB Jordan Love in a 13-7 loss to the Chiefs. The Cardinals didn’t miss a beat with QB Colt McCoy filling-in for Murray as they handled the 49ers 31-17.

Week 9 was very low scoring as a whole -- the most scoring came on Thursday Night Football -- the Colts took care of the Jets 45-30. The biggest surprise of the week came in the lowest-scoring game of the week -- the Jaguars held on to defeat the Bills 9-6.

The Titans once again showed up for a huge game and beat down another Super Bowl-hopeful opponent. Many questions were answered as the Titans went to SoFi Stadium without the world-class-RB-Derrick Henry and dominated the Rams 28-16 on Sunday Night Football.

Odell Beckham Jr. was released by Cleveland as the Browns prepared to take on the Bengals. The Browns showed once again they are better without OBJ. Beckham Jr. has yet to sign with a new team off of waivers, but most likely will be on a team soon -- Seattle has emerged as a favorite to land the former All-Pro.

The Chiefs are showing they are as good as their quarterback plays. The Chiefs dominated in two straight seasons when Patrick Mahomes was clearly one of the best young QBs to play. Even with Mahomes truly struggling the Chiefs have won back-to-back games for the first time this season and find themselves just over .500 for the first time since they won their opening game. Mahomes has thrown two TDs and two INTs and averaged 216 passing yards over the last three games.

Chase Edmonds exited the Cardinals’ outing because of an ankle injury after his first carry. Edmonds did not return and was diagnosed with a high-ankle sprain earlier this week. Edmonds is expected to miss multiple-weeks, vaulting RB James Conner into a solid top-10 RB option.

RBs Damien Harris and Rhamondre Stevenson both exited the Patriots’ win on Sunday with head injuries. Brandon Bolden would be in-line for a big day if both the Patriots’ RBs miss the upcoming clash with Cleveland.

All-Pro QB Russell Wilson is set to return to his starting role for the Seahawks in Week 10 after a speedy recovery that only took a month to recover from a surgery on his finger that repaired torn ligaments.

Matt Ryan, AKA-Matty Ice, is back to his icy ways that earned him the nickname after leading a game-winning drive in the Falcons’ Week 9 win over the Saints. The Falcons are at the halfway point with a .500-record,  which means they are in the NFC playoff hunt. Ryan has looked like his vintage self three out of the last four games. His top-WR-Calvin Ridley has missed three games due to personal reasons.

If we discard the game where Ryan laid an egg in Week 8 against the Panthers, he has thrown for over 330 yards and two TDs in the other three games since Week 5. The Cowboys will be looking to rebound after an embarrassing loss to the Broncos, but expect a fight and a good game out of Ryan to keep things close in Dallas.

Cousins had a hot start but since Week 3 he has been inconsistent with his fantasy numbers. There are better options this week than Cousins against the Chargers’ pass defense that is ranked in the top five. The Chargers have been one of the league's easiest defenses to run on this year, which could mean a heavy dose of RB Dalvin Cook for the Vikings. Expect another close game out of the Vikings as they have only played in one game this year that hasn't been decided by one score.

The Saints traded to bring Ingram back to the organization a few weeks ago. The Saints now want to run the ball and control the game with their defense. Ingram is not going to get many high-value touches because Alvin Kamara soaks those up, but he may get a few goal-line looks to go alone with around 12 touches.

The Titans are one of the easiest teams to run on and if the Saints get an early lead Ingram could be used more. The former first-round-pick has already recorded seven catches in the two games with the Saints -- making his floor decently high as they trust him to take on some of the pass catching work if they fall behind.

Since the Jets’ Week 6 bye Carter has been a true focal point in New York’s offense. The rookie RB has averaged 13 rushing attempts and over seven targets in that three-game span and has gone over 80 total yards in all three games. The Bills defense has been tough, but do not sit Carter because of the matchup. The Jets are going to get their fourth-round-pick the ball no matter the game script and he is starting to be more efficent with his touches.

At the ripe age of 36 it is remarkable that Peterson is still scoring TDs in the NFL -- he is one of the oldest RBs to play. Peterson finished his first game as a Titan with 10 carries for 21-yards and a TD. The three-time rushing champ is a shade of his MVP-self and will struggle to gobble up yards even if the Titans decided to give him more opportunities. His lack of explosiveness and the matchup with a stout-run-stopping-defense of the Saints makes Peterson a bench player this week.

Bateman has played in three games for the Ravens in his rookie campaign and has received at least six targets in each. WRs Sammy Watkins (thigh) and Marquise Brown (back) are both on the injury report ahead of the Thursday matchup with the Dolphins. Bateman is gaining confidence from his former MVP QB and should have a consistent role in the Ravens’ offense even if Watkins and Brown both play on a short week. The Dolphins’ secondary hasn’t done much to slow down opponents so look for Bateman to have opportunities on prime-time-TV.

I have been staying away from any and all Dolphins’ players all season long, but Waddle gets a starting nod in Week 10 against the Ravens. Waddle has nearly been averaging 11 targets over his past four games and has recorded 70 yards or more in three- of them. The Ravens have been putting up a lot of points  but they also have been giving them up in bunches. Expect the Alabama product to have a solid day against the Ravens’ secondary who has given up a lot of chunk plays.

Crowder has only played in five games and he has one TD and has topped 65 yards once. Even with the Jets offense finding some life in the past few weeks, Crowder has only been getting underneath looks and not that many. Crowder’s 6.5-yards/target is his lowest of his career.

The Pat Freiermuth-era in Pittsburgh has officially begun. The Steelers’ 2021-second-round-pick broke onto the scene with a two-TD performance against the Bears on Monday Night Football. With TE Eric Ebron sidelined with an injury, Freiermuth is quickly becoming one of QB Ben Roethlisberger’s favorite targets. Averaging nearly seven targets and a TD over his past three games, Freiermuth is turning into the TE many Steelers’ fans were hoping for when they drafted him. The former Nittnay Lion is an obvious start against the lowly Lions.

Cook tied teammate TE Stephen Anderson with four targets in Los Angeles’ Week 9 win over the Eagles. Cook has only broke 50 receiving yards twice and has only scored two TDs this season. A TD-or-bust TE option is Cook and he is not getting enough looks near the goal-line to be optimistic about him scoring TDs.