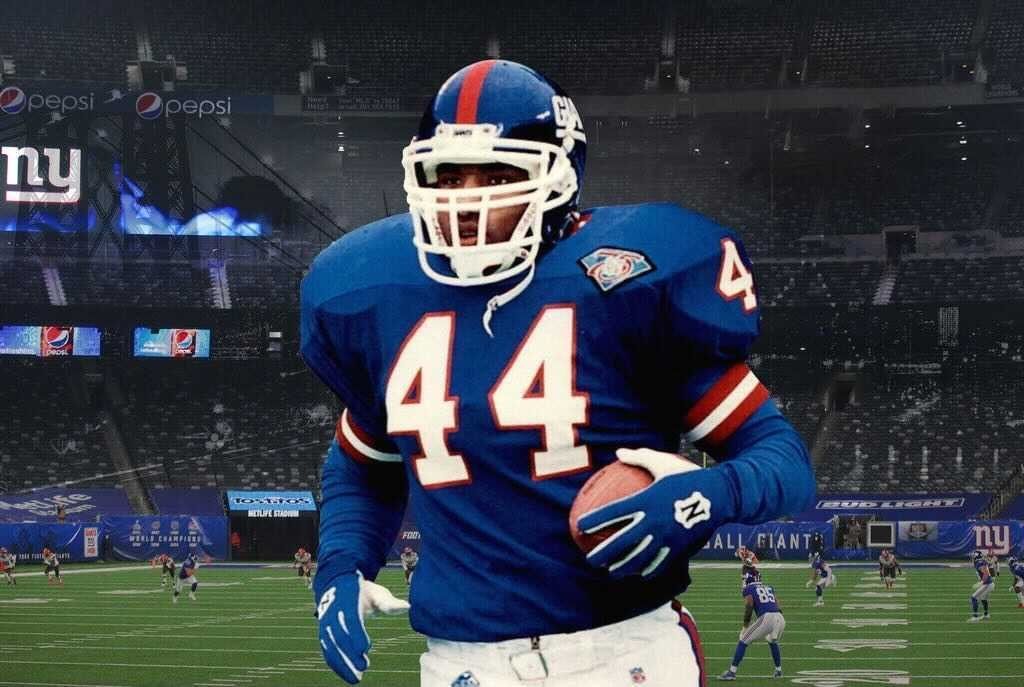 Kenyon Rasheed joined the N.Y. Giants as an undrafted rookie fullback in 1993. Rasheed backed up Jarrod Bunch but filled in admirably when the first-round pick was sidelined. The former Oklahoma Sooner impressed coach Dan Reeves with his blocking, running, and pass-catching. Rasheed gained 42 yards on nine carries during that stretch, including a 23-yard touchdown run against Washington in Week 6. A couple of weeks later, Bunch was back in action and Rasheed returned to the backup role. The Giants were ultimately smashed by the San Francisco 49ers 44-3 in the Divisional Round of the playoffs, and there was offseason work to be done.

For Kenyon Rasheed, the offseason workload consisted of much more than just hitting the weight room and studying game tape. Rasheed’s mother wanted him to get a second job.

“My Mom was a little different,” Rasheed told OSDB Sports via Zoom. “She wanted me to look at sports in a different way -- not just as an athlete, but as a businessperson. Understanding all the pieces around us and what their core jobs were.

“The essence was that coaches were there to make money and win, and any decisions they made were based upon the best interests of themselves and the organization, not necessarily the best interests of the athletes. Understanding the NFL owners, and how money was working around me. For example, it always fascinated me that an owner can give a player a million-dollar check and not necessarily even know what his name is.”

Geraldine Oliver sent her son to Park Avenue in New York City to get an internship with the NFL. When Rasheed met with the director of player programs, ex-Eagles DE LemBurnham, he was informed that no internships existed. Rasheed suggested to Burnham that they create one right then and there.

“I wanted to learn more about how the sport works, and how the NFL makes its money,' Rasheed recalled. Burnham agreed and appointed Rasheed to the broadcast division, where he became the first intern in the NFL’s Player Program.

Rasheed had studied Journalism and Broadcasting at the University of Oklahoma for four years. Now he was taking that education to the next level.

“I wanted to know how network contracts are structured, because that seemed to be the core of where all the money comes from. I was fascinated by how the NFL runs its business,” Rasheed told OSDB.

The experience and knowledge that Rasheed amassed during his internship set the stage for him to become the sports business savant and visionary that he is today.

Rasheed has dedicated the last 23 years of his life to the empowerment of athletes and the facilitation of connections.

This work includes: sports business development and marketing, facilitating easy access for NFL Alumni to their vast network, conducting research which aims to help former and current players in managing the physical and mental repercussions of playing football, and advocating for player ownership of the performance data that is collected on them.

Rasheed also rocked the BetUS Unfiltered podcast with long-time friend and CBS analyst Brian Jones, Pro Football Hall of Famer Warren Sapp, and Pro Basketball Hall of Famer Gary Payton. When it comes to the evolution of the sports business, Rasheed is always in the conversation, always pushing forward.

Rasheed is passionate about an athlete’s ability to advocate for himself, largely because he experienced challenges and frustration firsthand. After having to wait two years for his settlement from the Giants because they didn’t have his medical records on file, Rasheed worked to connect the first HIPAA compliant EMR to the NFL and NBA.

Rasheed told OSDB, “I spent 52 hours scanning medical records by hand in the Clarion basement, just to prove it would work. Now the NFL Draft uses my system.”

Rasheed’s work to bridge the gap between the sports world and HIPPA in 2000 kicked off a long and fruitful career of systems optimization. Since that big splash, hehas grown to be a grand facilitator for the NFL’s evolution.

For example, Rasheed has helped to streamline payment methods for NFL venues by creating a cashless platform through North American Bancard. Rasheed works with Redbud Brands when it comes to launching and optimizing brands for his clients at Pro Club World Sports.

“It takes someone who’s played the game to understand the business well enough to make these connections,” Rasheed said. “These former players who aren’t in front of you on the television anymore, they have power as well. They can leverage what they’ve done and who they know.”

Rasheed is currently helping NFL Alumni to connect to their network more easily, through the development of a FanReach app.

The facilitation of these connections is important, as it gives former players a platform to communicate business opportunities and to stay in touch with like-minded individuals. The path an NFL player walks is unique, and is often strewn with stones and detours along the way. Rasheed’s work with FanReach provides his fraternity of ex-footballers with a user-friendly platform to reach out to one another. In this day and age, it’s all about networking, connectivity, and social media exposure.

“What we see going on in the NFL today, Antonio Brown started,” Rasheed told OSDB with a grin. “I’ve never seen an athlete be able to force his way out of a situation in football and he did it. Thank you, social media.

Rodgers’ approach to his situation in Green Bay ultimately opened the door for former teammate Randall Cobb to return to the Packers. Green Bay also offered Rodgers a revised deal, and the reigning MVP is locked and loaded for the upcoming season.

Rodgers is an example of an NFL player using his leverage in a reasonable way, in an effort to upgrade his personal circumstances while improving the team’s chances of winning another Super Bowl.

What are football players faced with after they have won their final championship ring, played in their farewell game, and hung up their cleats for the last time? When the confetti and champagne showers are done, these men are left with the aftermath of a demanding career, both mentally and physically. No longer in the limelight, these former players greatly benefit from the support and sense of belonging that can be enjoyed through the NFL Alumni. There is a great deal to be learned from them, too.

Kenyon Rasheed and Brian Jones are both retired NFLers, and they are also staunch brain health advocates. In 2020, Rasheed and Jones coordinated groundbreaking research with 73 former NFL players in conjunction with PrimeMyBody’s FOCUS Mind & Body Hemp Extract. The study was designed to determine if the use of the FOCUS product had an impact on the cognitive function and quality of life for the participants.

Hall of Famers Andre Reed and Willie Roaf participated in the study, as did three-time All-Pro Everson Walls and 70other former players. Screenings were done by PrimeMyBody’s Chief Medical Advisor using qEEG brain mapping technology. The data from the study was validated and resulted in improved cognition processes for 80% of the participants. To listen to stories and testimonials straight from the mouths of these ex-NFLers, visit the Link.

For Rasheed, it’s all about changing the culture within professional sports for the better, for all involved. He has dedicated his career to balancing out the power structure, helping to emancipate players from the false belief that they are helpless to advocate for themselves. Rasheed wants athletes to realize their true value in the grand scheme of things, and to help NFL owners to maximize their profits without exploiting the stars of the show.

He is currently tackling the discussion surrounding who should own the performance data being collected on athletes today.

“Measurement devices are being put on athletes, the question is who owns their data and how is it being monetized.”, Rasheed says.

“My entire career has been built on empowering athletes to understand that all of this business revolves around them,” Rasheed told OSDB. “We’ve seen real progress the last three to four years through social media, where athletes have the ability to control the narrative. This power extends beyond retirement from the sport. Former players should be considered for more than just broadcasting and coaching jobs to continue their careers. These guys have a lot to offer, and maybe they just don’t know it yet.”