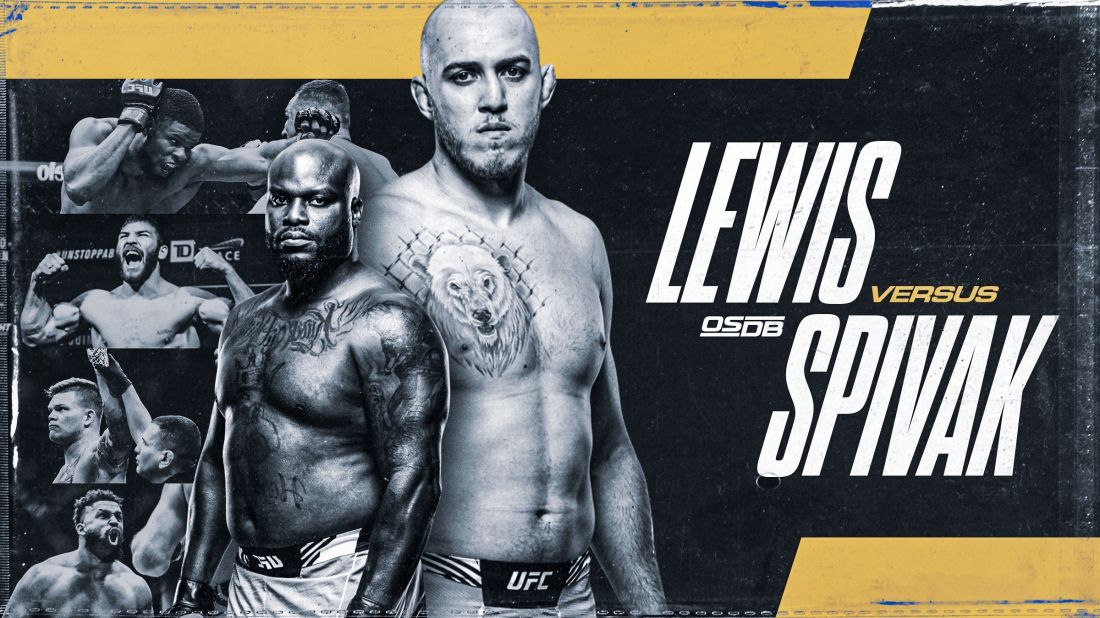 We talk about the competitors already at the top of the mountain and those that have started to tumble down the other side, those with clear opportunities to reach the summit, and the ones that never quite got there.

What we don’t talk about, however, are the fighters stuck between those definitions and distinctions: the competitors that string together strong performances without much fanfare, constantly passing the next test placed before them while exhibiting clear and obvious improvements that should elevate their stock, but doesn’t because there are others within their respective divisions that folks would much rather discuss and dissect.

These are the dark horses, the athletes that seemingly come out of nowhere or continually exceed expectations, and one of the more prominent members of this herd is set to compete on Saturday night.

SERGHEI SPIVAC’S CHANCE TO STEP INTO THE SPOTLIGHT

In a sport where everyone talks about “you’re only as good as your last fight” all the time, it sure seems like the first impression Serghei Spivac made on the UFC audience has continued to follow him around, prompting everyone to hold love expectations of the 27-year-old heavyweight from Moldova.

Spivac debuted in the spring of 2019 against Walt Harris on a fight card in Ottawa, Ontario, Canada. It was the second fight on the main card, ended in 50 seconds, and it seems like Spivac hasn’t been able to shake the impact of that L for the last couple years.

In his next appearance, he submitted Tai Tuivasa, who subsequently took a year off to commit himself to the sport, and rattled off five straight wins upon returning before suffering a third-round stoppage loss in his main event clash with Ciryl Gane in Paris at the start of September.

Tuivasa is currently positioned at No. 4 in the UFC Fighter Rankings and considered a fringe contender in the heavyweight division. Spivac is eight spots behind him as he heads into his first main event assignment this weekend against Derrick Lewis.

It’s not just that initial UFC victory over “Bam Bam” that establishes Spivac as a dark horse in the division, though it is something that shouldn’t be dismissed as off-handedly as it has been for all these years either.

Spivac heads into Saturday’s contest on a two-fight winning streak, having earned stoppage wins over Greg Hardy and Augusto Sakai already this year. He has five victories in his last six appearances, with his lone setback coming against British standout Tom Aspinall, and is 6-2 since his debut loss to Harris.

Beating Hardy isn’t a major accomplishment, but the manner in which he disposed of the former defensive lineman shouldn’t be overlooked, as Spivac got him out of there in just over two minutes by playing to his advantages and pounding out the finish. He did the same thing to Sakai in August, dragging the hefty Brazilian to the canvas repeatedly before finally securing a second-round stoppage.

Those efforts are clear signs of development and improvement, and coincide with “The Polar Bear” setting up shop at Xtreme Couture in Las Vegas, where he now has the benefit of working with an outstanding collection of coaches and training partners.

Those things matter, especially in the formative stages of someone’s career, and make no mistake about it, Spivacis still in the “putting all the pieces together” stage of his career, which is what makes his current position and opportunity this weekend so intriguing.

He feels like a fighter on the upswing, while Lewis is a fan favorite and divisional stalwart entering in the midst of a skid. The Houston native and knockout artist has dropped consecutive contest, and three of his last four, getting stopped in each of those bouts. He’ll be 38 in February and may be reaching the latter stages of his career.

While he still carries absurd power, his shortcomings on the ground and tendency to search for one clean shot gives Spivac a clear path to victory if he’s able to drag Lewis to the canvas and rough him up while they’re there. And despite his recent lack of positive results, a win over Lewis still carries weight.

If Spivac is successful this weekend, he’ll extend his winning streak to three, have won six of his last seven, and he’ll be propelled into the Top 10. He’d probably have to continue working his way through the heavyweight gauntlet, facing veterans like Alexander Volkov and Jairzinho Rozenstruik rather than being catapulted into contention, but it would be another step closer and another reason to keep paying close attention to the emerging heavyweight dark horse.

Not every division has a dark horse contender to keep tabs on — some simply have obvious title fight candidates, a bunch of emerging potential contenders everyone recognizes, and the rest of the pack that are still working things out.

But there are a couple other fighters — including two that impressed last weekend at UFC 281 — that have that “you really should be paying more attention to them” vibe as we head towards the end of the year.

Depending on how things shake out, it wouldn’t be a shock to see any or all of the following fighters challenging for championship gold in the next 12-18 months.

It feels a little weird to call someone coming off the biggest win of their career, in a high profile pairing on a massive fight card, that has also won four straight and is unbeaten in nine a dark horse, but here we are.

Because Muhammad has been around for a while and doesn’t have a massive following or a string of highlight reel finishes, he continues to be the forgotten man in welterweight division. He’s ranked fourth, but stationed behind former champ Kamaru Osman, perennial contender Colby Covington, and divisional boogeyman Khamzat Chimaev, so despite his successes, people still aren’t talking about Muhammad as a legitimate contender.

He wasn’t the story heading into his fight with Sean Brady at UFC 280, but showed he should have been by drowning the previously unbeaten Philadelphia native in a tidal wave of pace and punches. He’s relentless, filled with self-belief, and has an approach that is difficult to contend with, all of which could result in Muhammad being the title threat no one really saw coming in the 170-pound weight class.

From a physical standpoint, Spann has everything you would look for in a potential contender: he’s six-foot-five with a massive 81.5-inch reach, power in both hands, and a whole bunch of nasty chokes in his arsenal.

But for the first seven fights of his UFC career, “Superman” was frustratingly inconsistent, following quality efforts with maddening performances, good wins with disappointing defeats. In the first couple instances where he had a chance to take a step forward in the division, he faltered, losing to Johnny Walker and Anthony Smith.

Each time, he had success out of the gates, but then made mistakes and paid handsomely for them.

Over his last two fights, however, the Fortis MMA representative has tided up those mental miscalculations and turned in brilliant finishes. Tapping Ion Cutelaba in May was one thing, but putting former title challenger Dominick Reyes out in 80 seconds last weekend on Saturday at Madison Square Garden was a real “okay, I see you” moment.

If Spann has addressed the issues that were previously holding him back — including not training as extensively as he should up until the last couple fights — he can be UFC light heavyweight champion.

Right before Spann floored Reyes, Blanchfield ran through Molly McCann, collecting a first-round submission win to push her record to 4-0 in the UFC and 10-1 overall.

While she was the betting favorite and played to her advantages on the ground in order to get the victory, Blanchfield started the fight by trading with McCann on the feet and getting the better of the exchanges. That was supposed to be the Scouser had an advantage, but instead, “Cold Blooded” showed she could hang before putting her on the deck and damn near tearing her arm off with a kimura… twice.

Now ranked No. 10 in the flyweight division, Blanchfieldhas probably done enough to shed her prospect label and get rebranded as a contender, but folks are often reticent to make those calls about 23-year-old fighters when they haven’t beaten anyone in the Top 10 just yet.

But Blanchfield is a contender.

The fact that there are a couple potential title challengers queued up ahead of her in the rankings and a bunch of veteran fixtures to face off with probably means her road to challenging for UFC gold will take three or four more fights. If that’s the case, she’s going to be an absolute nightmare when she gets there because she’s already a terror on the canvas and her striking continues to improve with each appearance, plus she has the kind of toughness, tenacity, and keen finishing instincts you can’t teach.

If Blanchfield doesn’t win UFC gold in the next five years (and maybe even three years), I will be shocked. 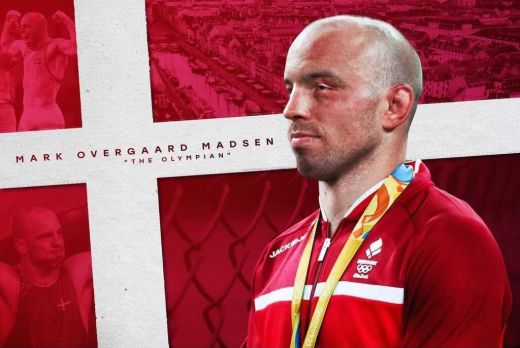 Mark O. Madsen fights for far more than himself 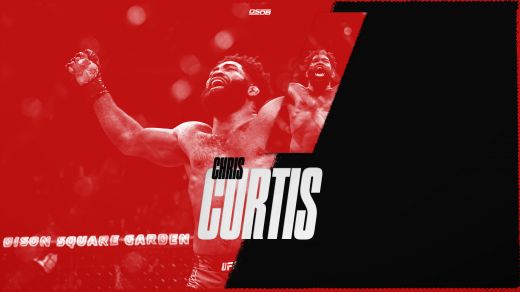 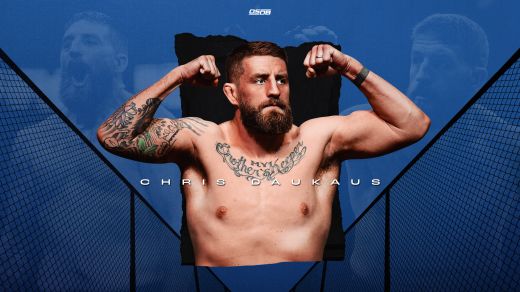 Chris Daukaus plans on laying down the law in Octagon 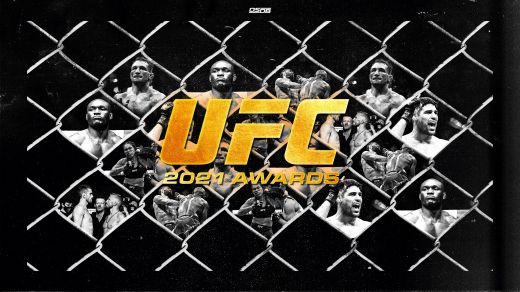 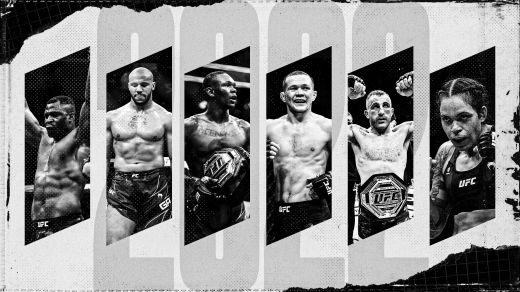 UFC 2022 Preview: Who will be rocking the Octagon? 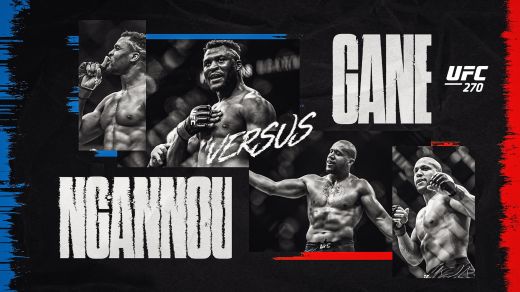 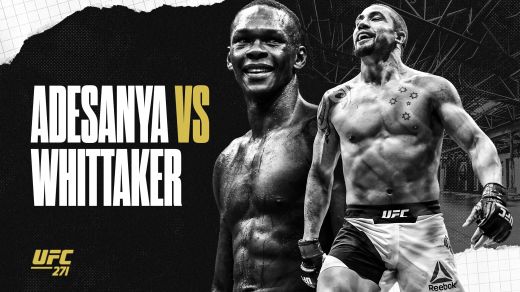 Rivals to meet this weekend in Octagon and at SoFi Stadium 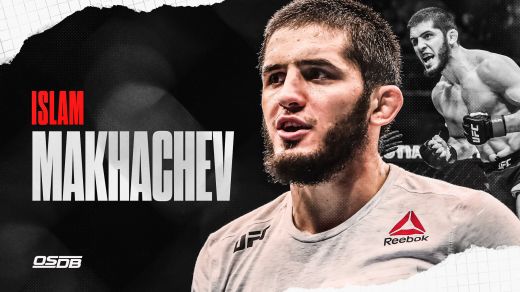 ISLAM MAKHACHEV: THE FUTURE KING OF THE UFC LIGHTWEIGHT DIVISION 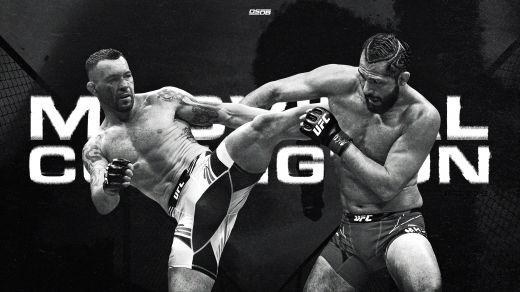 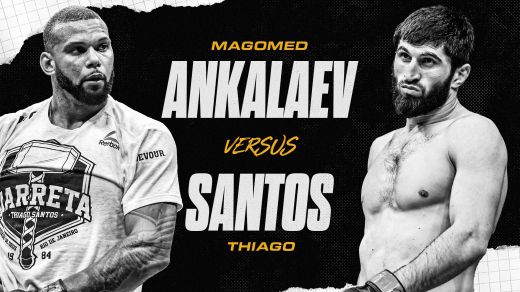