Page: Scott Dixon leads the way in the Indy 500 while NASCAR drivers battle at Charlotte in the Coca-Cola 600 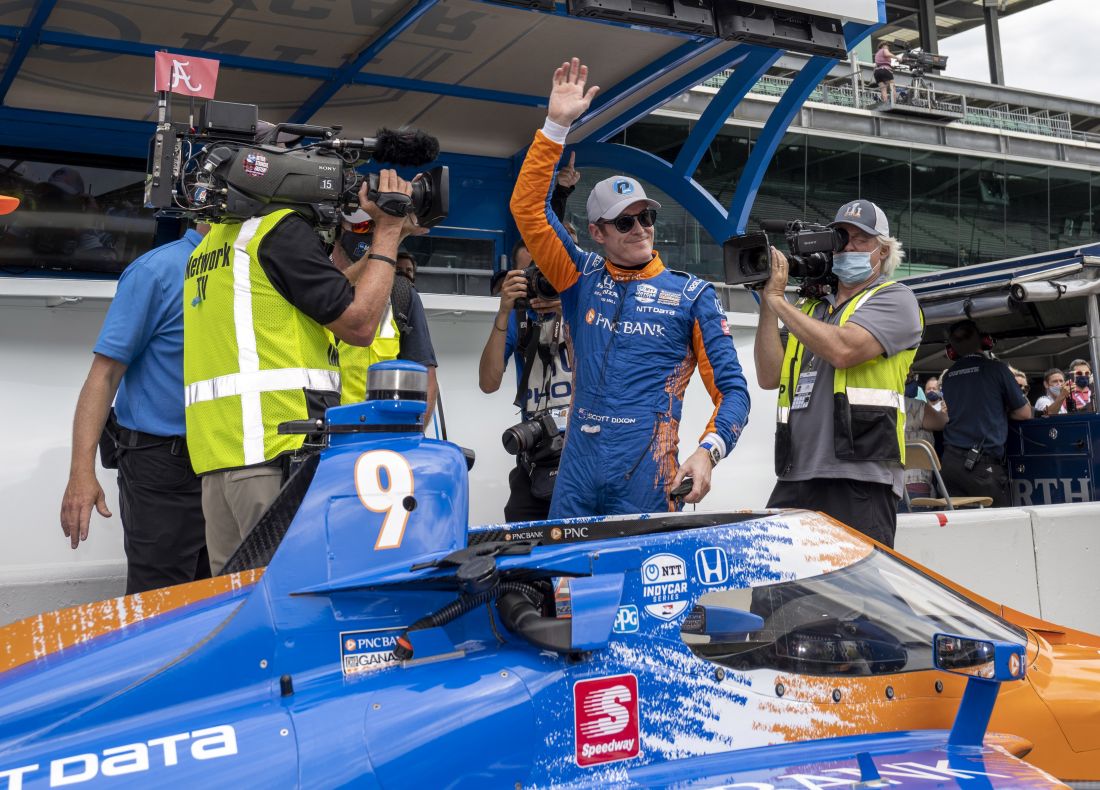 What has been a trifecta in recent years is reduced to an exacta because F1 moved the date of the Monaco Grand Prix to last weekend.

Still, there is plenty to get your engines revved about on May 30 as IndyCar brings you the centerpiece of its schedule, the Indianapolis 500 from Indianapolis Motor Speedway and NASCAR presents the Coca-Cola 600 from Charlotte Motor Speedway.

That equates to 1,100 miles, 600 laps and some of the best drivers in the planet putting their talents on display over testing conditions.

First, and most important: the weather forecast for Indy is brilliant with a high of only 69 and a minimal chance of rain. Charlotte has a slightly greater chance for precip of 20% for a race that starts under sunshine and continues into the dark of night.

That means the NASCAR drives led by Chase Elliott, Kevin Harvick, Martin Truex Jr.& Co. will be dealing with a track condition that changes as the sun sets and darkness rises.

There will be 135,000 fans permitted (with face coverings required) in the 230,000-seat grandstands. This is a year after the race was run without any fans in attendance because of the COVID-19 pandemic.

The man who will lead everyone to the green flag at Indianapolis is Scott Dixon. He won his fourth pole with a four-lap average speed of 231.685 mph.

“Winning a pole at the Indianapolis 500 is one of the toughest things to do,” said Dixon, who won poles in 2008, ’15 and ’17. “From a team standpoint, just how much work and effort goes into building these cars specifically for that pole run, it's a lot of money and a lot of effort that it takes.”

Dixon, a six-time IndyCar champion, is 40 years old. That’s an age that barely tops the combined number of years on earth for the two drivers on the front row with the New Zealander.

An interesting fact about why there are 11 rows of three drivers for a total of 33 at the start of the 500. The race can be watched on NBC Sports.

There were 40 cars that started the inaugural 500 Mile Race in 1911. Afterward, the American Automobile Association’s contest board decided the field was too big for the 2.5-mile track. A formula was created that decreed each car should be entitled to 400 feet when the field was spread around the track. Because 2.5 miles equals 13,200 feet, that allows for 33 cars at 400 feet apiece.

There will be more than 33 drivers at the start of the NASCAR race at Charlotte Motor Speedway, which starts at 6 p.m. ET and will be shown on FOX Sports.

NASCAR and its race teams provide a special tribute to those who have lost their lives in service for the United States. Every car carries the name of a fallen soldier in tribute to their memory.

Winning the 600 does not assure any driver of capturing the overall championship. The only driver to do so is current FOX Sports analyst Jeff Gordon, who turned the trick in back-to-back years, 1997-98.

Charlotte Motor Speedway is ready for full grandstands this weekend. The track plans to host around 50,000 people.

Draft Kings is offering odds on both races.