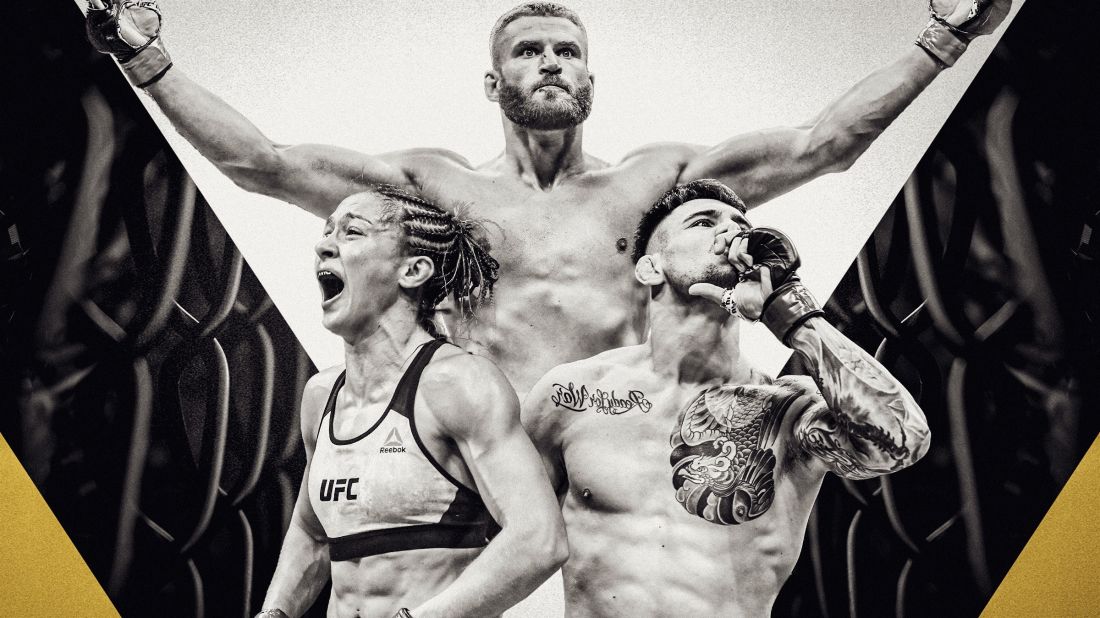 Fight cards that follow UFC Pay-Per-View events traditionally don’t contain an assortment of impact fights across multiple divisions. That’s not to say there aren’t always several intriguing, quality fights on those cards, but generally speaking, getting another fight carrying legitimate and immediate divisional significance outside of the main event is usually a plus.

This weekend, as the premier mixed martial arts promotion returns to the UFC APEX, a pair of bouts in the women’s flyweight division pair with the light heavyweight main event and the traditional blend of newcomers and established names set to step into the Octagon to produce a post-UFC 274 PPV show that packs a punch.

Here’s a closer look at those matchups, why they are so important, and a couple additional names to keep an eye on this weekend.

Saturday’s light heavyweight main event pits the former champion Blachowicz against the surging Austrian Rakic in a bout that could well determine the next title challenger in the 205-pound weight class.

Blachowicz, fighting for the first time since losing the title in October at UFC 267, enters as the No. 1 contender according to the latest UFC Fighter Rankings, while Rakic sits at No. 3 and enters on a two-fight winning streak that should be a 15-fight winning streak, which includes seven wins and no defeats in the UFC, because he deserved the nod in his split-decision loss to Volkan Oezdemir at the end of 2019.

This is one half of an unofficial four-man tournament bracket featuring the top fighters in what used to be the marquee division in the UFC, with champion Glover Teixeira set to defend the belt against second-ranked Jiri Prochazka in the main event of UFC 275 next month in Singapore. Unless something weird happens, the winner of this one will face the winner of that one for the title, most likely in the final quarter of 2022, allowing everyone positioned behind them in the pecking order — and that’s quite literally everyone else in the division — to continue working to secure their place in the rankings and move closer to contention.

In addition to being a likely title eliminator, this fight and the impending championship contest feel like they could mark the shifting of eras in the light heavyweight division, depending on how things shake out.

Blachowicz is 39 years old. He made his professional debut in 2007 and has logged nearly 40 appearances. He has been a Top 15 talent since arriving in the UFC in the fall of 2014 and been one of the best light heavyweights in the world for the last five years. Teixeira is three years his senior, made his first appearance at WEC 3 in June 2002, and has been a fixture in the division for more than a decade.

Rakic turned 30 in February and Prochazka will do so in October. Each has been fighting professional for roughly a decade. Neither has been a contender in the UFC for all that long, and their best days are most likely still in front of them.

This weekend’s headlining bout could be the first sign that the wave of emerging talent that includes Rakic, Prochazka, Magomed Ankalaev, and Jamahal Hill is about to crash down on the veteran set, but it could also be a reminder that the old guys still got it.

Chookagian is the Glenn Close of the UFC women’s flyweight division — she’s been permanently ranked in the Top 5 since the division’s inception, but can’t quite seem to garner that one crucial victory that would completely shift the perception of her career.

Just as Close is constantly in the mix for Best Actress in a Leading Role statues at the Academy Awards, Chookagian is forever tethered to facing the top names in the 125-pound weight class, and while few have bested her, doing so has historically produced an immediate championship opportunity.

What makes the pairing between the perennial bridesmaid and Ribas more compelling is that the bubbly Brazilian doesn’t typically compete in the flyweight division. The talented 28-year-old has traditionally fought in the 115-pound strawweight division, having ventured up to flyweight once before at UFC 251, where she secured a first-round submission victory over Paige VanZant.

Originally scheduled to face Michelle Waterson in March, the bout was initially postponed until UFC 274 and then called off entirely when Waterson suffered a serious injury and was forced to withdraw. Rather than entirely miss a chance to compete and squander the early pieces of her training camp, Ribas jumped at the chance to jump up a division and face off with Chookagianin a wildly intriguing matchup that could shake up the divisional hierarchy.

Reigning champ Valentina Shevchenko is slated to defend her title against fourth-ranked Taila Santos next month in the co-main event of UFC 275, setting the table for the Teixeira-Prochazka clash discussed above. She’s handily beaten the three fighters stationed ahead of Santos in the rankings, as well as veterans Jennifer Maia (No. 7) and Jessica Eye (No. 12), and newly minted Bellator women’s flyweight champ Liz Carmouche.

While there are new contenders emerging (Alexa Grasso, Manon Fiorot) and former bantamweight titleholder Miesha Tate is slated to make her divisional debut this summer, a win by Ribascould immediately introduce a brand new championship threat into the division; one who is young, quick, slick on the ground, and continuing to improve each time out.

Not only is this one intriguing solely on its own merits as Ribasmoves up trying to become just the fourth women to beat Chookagian in the 125-pound weight class in a dozen fights, but when you add in the potential championship wrinkle, it becomes must-see TV.

What makes things more interesting is that before Chookagianand Ribas will battle it out in a critical flyweight matchup, Araujo and Lee will do the same.

Currently positioned at Nos. 8 and 9 respectively in the rankings, Araujo and Lee are not only fighting to potentially advance in the Top 10, but the latter has built up a little momentum and feels like she too could be competing for the opportunity to enter the championship conversation this weekend.

Araujo has effectively been rebuffed from joining the elite class in the 125-pound weight class thanks to losses to Eye and Chookagian, who handed her a unanimous decision defeat in her last appearance at UFC 262. The 35-year-old Brazilian now stands as the perfect mid-level boss you’ve got to beat in order to advance to the next level in the flyweight division, as she has crisp boxing, good movement, and enough pop in her hands to turn back anyone not quite ready to join the elite class.

Lee was forecasted to be a contender when she joined the UFC following a solid run fighting under the Invicta FC and LFA banners. She earned victories in each of her first three trips into the Octagon, but then lost three straight against a tetra-pack of established veteran contenders. At the same time, her personal life was a bit of a shambles, as she was going through divorce proceedings and a custody battle in the wake of a domestic abuse situation involving her ex-husband that made MMA headlines.

But last year, with court dates behind her and a happy, flourishing new relationship, Lee secured consecutive second-round stoppage victories over Antonina Shevchenko and Cynthia Calvillo to rekindle talk of her potentially being a title challenger. While a few more names have been added to that list since her November victory over Calvillo, a third straight dynamic outing this weekend would certainly improve her standing within the division even more, moving her alongside Grasso, Fiorot, and Ribas, if she’s successful on Saturday, as fresh names trying to chase down the chance to share the cage with Shevchenko over the next 12-18 months.

OTHER NAMES TO KNOW

Jake Hadley is an undefeated flyweight from Birmingham, England who impressed Dana White enough to earn a contract despite missing weight ahead of his appearance on the Contender Series last fall. The ultra-talented prospect faces Brazilian veteran Allan Nascimento on Saturday.

Tatsuro Taira is another undefeated flyweight newcomer poised to debut, after his bout with Carlos Candelario was pushed back a couple weeks. The 22-year-old from Okinawa is 10-0 with eight stoppage victories, seven of which came in the first round. Last year, he earned three first-round finishes and claimed the Shooto flyweight title.

Nick Maximov is a Diaz Brothers disciple, training alongside Nick and Nathan while building an 8-0 record as a pro. The 24-year-old has won each of his first two UFC appearances, utilizing his strong wrestling to largely neutralize and ground his opponents, and faces TUF 29 semifinalist and fellow wrestler Andre Petroski on Saturday.