Page: Cash Cards Unlimited: Stacking the Deck in Your Favor

By Cassius Marsh | Posted 1 year ago 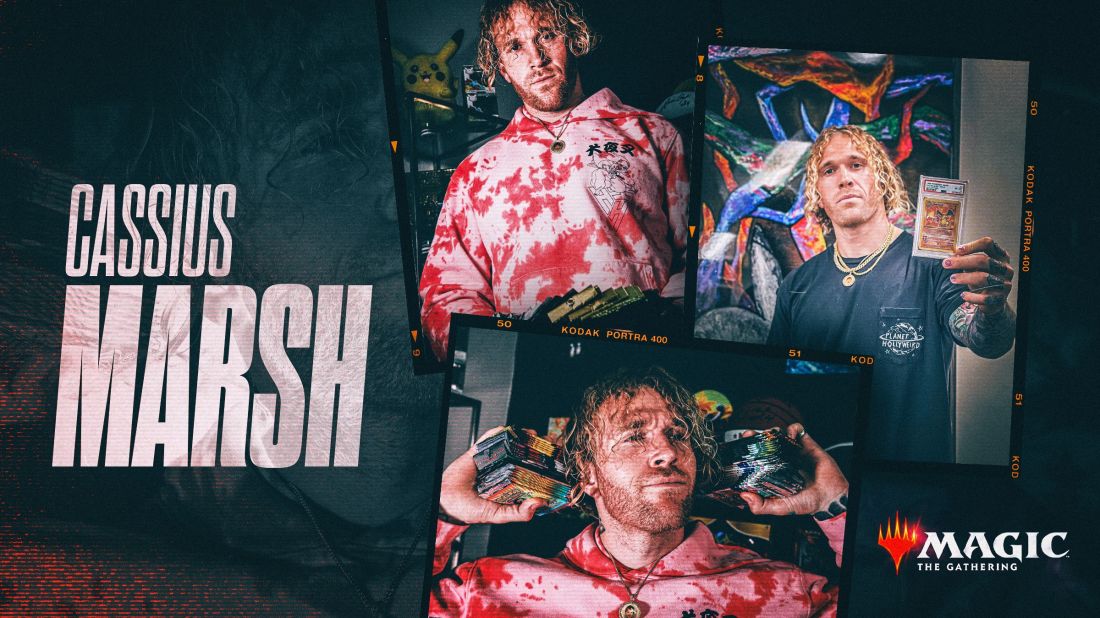 My love affair with trading cards and anime began when I was growing up in Simi Valley, California. I was six or seven years old, a young boy with an active imagination. Pokémon is what originally drew me into the world of anime and TCG. I remember watching Pokémon VHS tapes almost every night before bed.

We didn’t have a lot of money, but mom managed to get a GameBoy into my hands. While she drove around running errands, getting documents notarized, and meeting people for appointments, I’d be rocking Pokémon Blue in the backseat. There was a lady in the neighborhood who sold Pokémon booster packs out of her house, and I used to beg my mom to stop and buy me a couple every time we were nearby. I was obsessed with these cards, and snatched them up whenever I could. My collection was never really great, but I loved everything about it and this made a huge impact on me.

At age 11, I discovered A Hidden Fortress in Simi Valley, CA. This is the trading card store that opened the doors to Magic: The Gathering for me. My mom handed me five dollars and I bought 11 cards. The artwork blew me away. After that day, I rode my bike over to the shop with a backpack full of cards at every opportunity.

While my passion for trading cards grew by the day, so did my involvement in sports. If I wasn’t playing football, I was playing Magic. My weekly ritual was to play at Friday Night Magic (FNM) events when I didn’t have a football game. When I graduated and went to UCLA, the expectation was that no one would be playing Magic on campus, so I gave my collection to a close friend named Jan. Then, two weeks into my first semester, I ran into six or seven people playing an intense game. I was bummed, but the fire had been relit inside of me.

At UCLA my focus was mainly on football and academics, but in 2014 the fantasy scene was calling my name once again. The Seattle Seahawks drafted me in the fourth round of the NFL Draft, and I started spending time at Shane’s Cards in Renton, Washington. Slowly, my collection was evolving into something special. This is when my relationship with the trading card community was to take an unforeseen mega leap to the next level.

I had about $20,000 worth of built-out decks in a backpack. This backpack was in the backseat of my car, along with an iPad and my Seahawks playbook.

My girlfriend at the time, now my fiancé, borrowed the car and headed out clubbing. While Devyn danced the night away, someone broke into my car and stole the backpack. I was devastated and immediately made offers on social media to recover my belongings. The reward included tickets to Seahawks games, and my public pleas more or less went viral. The stolen items were not returned as I had hoped, but the response from the fantasy gaming community was truly overwhelming.

Fans were sending me cards in the mail, Wizards of the Coast stepped up, and before I knew it, I became known as the athlete who plays Magic. I happily took the torch, and now I am a leading spokesperson for the industry, helping to show that jocks and “cool” people play Magic as well. For far too long, trading card collectors have been perceived to be “nerdy”, “geeky”, and relatively unpopular types. That stigma is changing.

The ultimate example of this shift in perception (and reality) is my friend Post Malone. He is an avid trading card collector, and has intelligently invested a good amount of money from his platinum and diamond record sales into his collection. Post Malone has 22.9 million followers on Instagram, so he is clearly the complete opposite of unpopular. With people like Post Malone, Steve Aoki, and Gary Vaynerchuk openly investing chunks of money into trading cards, Logan Paul doing Pokémon box breaks on YouTube, and people like myself selling high-end TCG and sports cards, the bullying aspect that we often see connected to this hobby is quickly disappearing.

It always brings a smile to my face when parents of kids who play Magic thank me for the positive impact that I’ve had on their children. I’m blessed to be in this position with Cash Cards Unlimited. I have a golden opportunity to help shape the future for a trading card community that I am in love with. Cash Cards has some new and exciting partnerships and alliances on the horizon, and now that I’m no longer playing for the Pittsburgh Steelers I’ll have the chance to be even more hands-on with the day-to-day operations. Football can be unpredictable, but the TCG and Sports Card Community is rock solid. It’s proving to be a blessing in disguise to be back in Cali. The Foil King is home, where he belongs.