Page: Badou Jack: Fighting the Good Fight, In and Out of the Ring

Badou Jack: Fighting the Good Fight, In and Out of the Ring 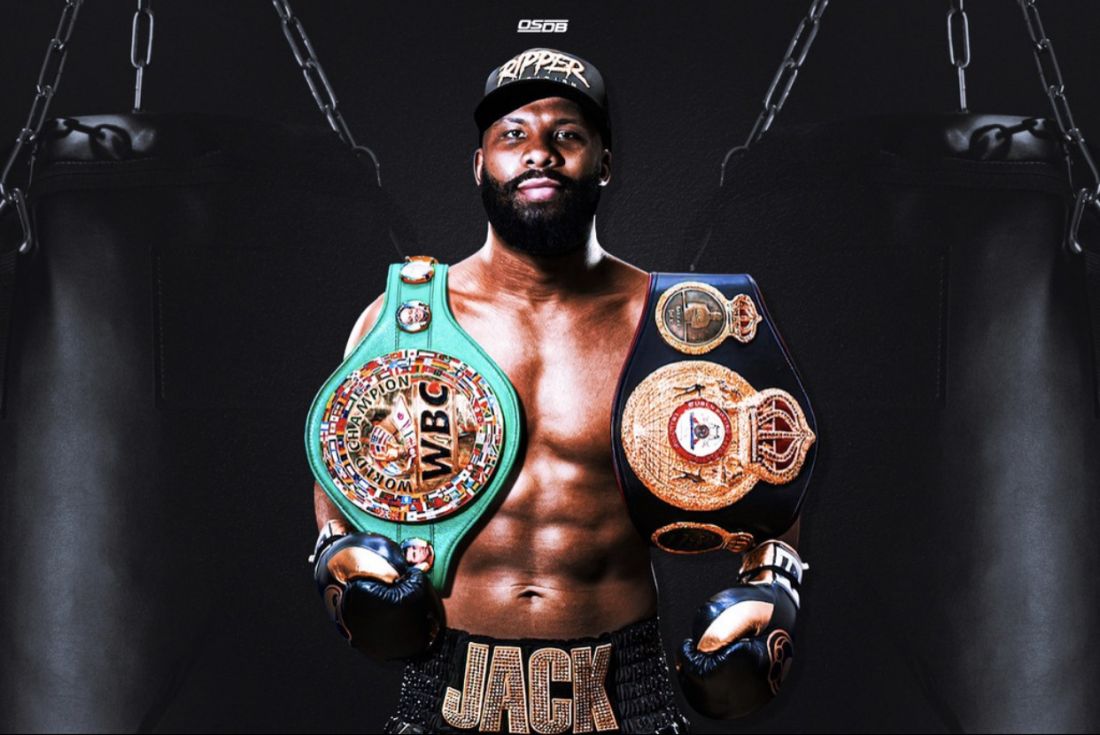 Badou Jack “The Ripper” was born in the Swedish capital of Stockholm on Halloween 1983. Since the two-division boxing world champion first laced up his gloves at 17, he’s been instilling terror in his opponents. Jack grew up humble and tough in a Swedish-Gambian household with seven siblings. Badou told OSDB Sports, “My Gambian father was the source of my physicality, and my Swedish mother is where my mental toughness came from.”

Jack fought 175 amateur matches (150-25), and was named Boxer of the Year by the Swedish Boxing Federation in 2007. In 2008, Badou represented his father’s country in the Beijing Olympics, carrying Gambia’s flag in the Opening Ceremony. By 2011, Jack “The Ripper” was showcasing his punishing boxing style in the United States, where he went on to win world championships in two weight classes.

Jack has held the title as both a super middleweight and a light heavyweight, and was scheduled to have a chance to take the light middleweight belt again vs Jean Pascal on June 6th, 2020 at Hard Rock Stadium in Florida, but Badou was robbed of his opportunity(again). Pascal tested dirty for four banned substances before the fight, and as a result Badou Jack Promotions had to scramble to find another opponent. This slap in the face came approximately 18 months after Jack fought Pascal and came away with what many boxing experts consider to be a bum decision. Jack wound up pummeling fill-in Venezuelan boxer Dervin Colina, stopping him in the fourth round.

“The thing is, I was moving up to cruiserweight in Summer of 2019, but Pascal’s camp contacted me to see if I wanted to drop weight to fight him.”, Jack told OSDB Sports via Zoom. “I cut all the weight I already put on, and went from 220 pounds to 175 pounds. Then we fought, I got robbed, and Floyd (Mayweather) called me the next day to say that I could have a rematch in like 2-3 months.”

“Then the pandemic happened, the fight got pushed back and Pascal wanted more money, and this and that. In the end, Pascal tested positive for EPO and a bunch of other steroids, the worst ones. From the experts and doctors I’ve spoken to, they say the steroids he took can only be injected, so he knew what he was doing. If Pascal took four steroids for the rematch, then he probably took something for the first fight and it didn’t work, he still got his ass kicked despite the decision.”

Pascal was ultimately stripped of his World Boxing Association (WBA) title, and has been suspended for six months due to his disreputable behavior leading up to the Jack rematch.

Badou is moving on from Pascal’s dirty little circus show, and has his eyes fixed on the cruiserweight title.

“We’re looking to finalize something in the Middle East, and we’ll be making an announcement soon.”, Jack said. “I’m ready to fight all the champions at cruiserweight. This upcoming fight won’t be for the title, but hopefully the one after that will.”

My sources at Badou Jack Promotions say several dignitaries and distinguished individuals in Dubai are rolling out the red carpet for Badou, and Prince Naseem Hamed’s name came up.

It was recently announced that Badou Jack Promotions is working closely with Probellum, and they’re working on some major events for the Middle East region. This will be the first time, since Jack’s rise to his first world title, that he’ll be holding his training camp outside of his “hometown” of Las Vegas. Jack, a devout Muslim, will feel right at home in the United Arab Emirates.

Many of Badou’s closest friends and associates are Muslim, including his boxing manager Amer Abdallah, and “Iron” Mike Tyson. During a recent podcast episode of “Hotboxin’ with Mike Tyson,” Abdallah and Tyson playfully goaded Jack toward accepting a fight with YouTube sensation Logan Paul. Tyson went so far as to have his assistant call Logan’s representatives right then and there to float the fight to his camp.

When asked about this, Jack “The Ripper” told OSDB Sports “These guys are doing a great job promoting themselves, and being social-media stars they have a big following and that generates a lot of money. It’s a business. If you go in there and risk your life, of course you want to be paid for it. And why not get an easy pay day? It’s about securing my kids’ future, so it won’t hurt anyone, except for Logan or Jake if I fight them

“ … They just started boxing, so they probably won’t fight an active boxer. Logan fought Floyd, but Floyd is also 60 lbs lighter than him. I don’t see the Paul brothers wanting to fight me.”

Badou and his wife Yasemin have two children together, but Malaniyah (5) and Malik (3) aren’t the only kids that the Jacks are fighting for. The Badou Jack Foundation has been consistently providing relief to disadvantaged children across the globe since 2018.

“Our goal is to help refugee kids and orphans, and we’re working with Syrian and Palenstinian refugee camps, but this year we’re going to expand to work with foster children in the United States as well.

“I’m in the position as a world champion to use my platform to help kids. I’m a Muslim, that part of my faith and part of my job. I try to become better every day, and make the best of the short time we have on this Earth. With our foundation, 100% of donations go directly to the charity. We don’t have people who need to get paid to do the work, or travel expenses. All of that is already covered.”

Badou’s supplement company, Ripper Nutrition, donates a chunk of its profits to the Badou Jack Foundation’s charitable endeavors. While rebranding their label to better reflect the mantra of “Sports Nutrition with a Purpose”, Ripper Nutrition is offering heavy discounts on their existing “Ripper” line of products, with 100% of the proceeds going to the BJF’s “Fighting Abuse” campaign. Ripper Nutrition’s new partnership with George Lockhart and Dan Leith of Lockhart and Leith Nutrition Services is essentially a product extension, which will undoubtedly lead to more charitable opportunities.

At almost 38 years old, Badou is in the “vintage prime” of his career. Jack is rocking a sweet combination of veteran experience and grizzled athleticism. He takes impeccable care of himself, physically, mentally, and spiritually. Jack has a fevered dedication to his craft, and will enjoy success in the ring for years to come, In sha’Allah (God willing).