By Dylan Butler | Posted 3 months ago 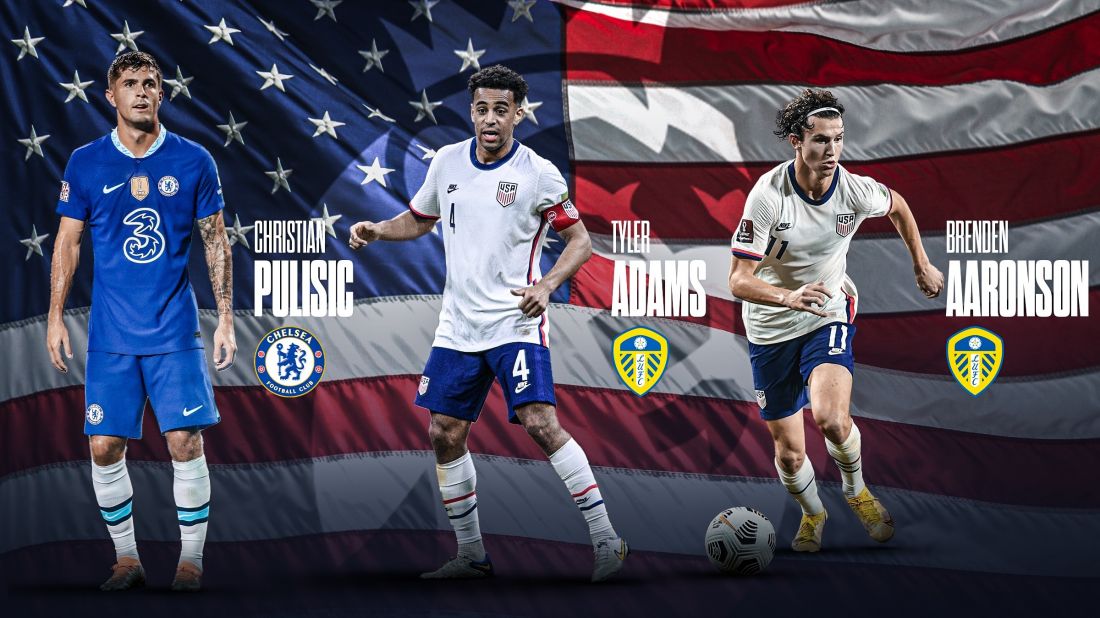 The British had their invasion — musically speaking — in the 1960s, when the likes of The Beatles, The Rolling Stones and The Who, among others, changed music in the United States forever.

And now, in England, there’s an American invasion in the Premier League with United States owners, managers and players taking on a larger role than ever in the biggest league in the world.

The epicenter of the invasion is the West Yorkshire city of Leeds where an entire city weekly goes to Elland Road to worship Leeds United Football Club.

Leeds are enjoying a bit of a revival, gaining promotion to the Premier League on July 17, 2020, after 16 years in England’s lower divisions.

Once England’s most dominant team, and one of the best in Europe, Leeds sank as low as League One (England’s third tier) before roaring back under Argentine Marcelo Bielsa.

Now it’s Jesse Marsch in charge of one of England’s most storied clubs, named Leeds manager on Feb. 28, 2022.

The native of Racine, Wisconsin, a former head coach of the New York Red Bulls and CF Montreal, cut his European teeth first as an assistant coach at RB Leipzig before becoming the head coach at Red Bull Salzburg and then RB Leipzig.

Now the second American to manage an EPL side after Bob Bradley’s short stint in charge of Swansea City in 2016, Marsch, 48, staved off relegation to the English Championship on the final day of his first year at the helm and has Leeds off to a 1-0-1 start this season.

In the offseason, Marsch added former New York Red Bulls homegrown midfielder Tyler Adams from RB Leipzig in the German Bundesliga, and Brenden Aaronson, a Philadelphia Union homegrown winger who made the jump to RB Salzburg in the Austrian Bundesliga.

The club shelled out a reported $55 million in transfer fees for the pair of US men’s national team players and both have started Leeds’ first two matches this season.

Aaronson enjoyed a dream Premier League debut, playing a part in both goals in Leeds’ season-opening 2-1 win over Wolverhampton Wanderers. What was thought to be his first goal for his new club, the 74th-minute winner, was later changed to an own goal against Wolves Rayan Ait-Nouri.

49ers Enterprise, the ownership group of the NFL franchise, owns 44% of Leeds United.

Chelsea Football Club also have an American owner in Todd Boehly, who was part of a takeover bid after Russian billionaire Roman Abramovich was forced to sell amid the war in Ukraine.

And the Blues have the face of American soccer Christian Pulisic, the 23-year-old native of Hershey, PA, who made the $70 million move to West London from Borussia Dortmund in 2018. Pulisic has 25 goals in 115 appearances for Chelsea, but has only played 30 minutes off the bench in Chelsea’s first two matches and is the subject of transfer rumors with Newcastle United reportedly interested in a possible loan move.

Across town in North London, goalkeeper Matt Turner just made the move from the New England Revolution to Arsenal, a meteoric rise for the Park Ridge, NJ native who was undrafted out of Fairfield University to becoming MLS Goalkeeper of the Year with the Revs and battling for the No. 1 spot for the USMNT ahead of this fall’s World Cup in Qatar.

Turner, 28, has yet to make his debut for Arsenal with regular starter Aaron Ramsdale in the net for the Gunners first two matches of the new campaign. He’s the second American from MLS to make the move to the historic club this year, joining defender Auston Trusty from the Colorado Rapids. The 24-year-old has been loaned to Birmingham City in the English Championship for the 2022-23 season and has started the club’s first three games of the season.

Arsenal is owned by Kroenke Sports & Entertainment, which also owns the Los Angeles Rams, Denver Nuggets, Colorado Avalanche and Colorado Rapids among others.

Continuing the American EPL owner trend is Fenway Sports Group, founded by John Henry and Thomas Werner, which owns Liverpool FC. The group, which also has LeBron James as an investor, owns the Boston Red Sox and the Pittsburgh Penguins in the NHL.

Aston Villa has an American owner in Wes Edens, the co-owner of the Milwaukee Bucks, as does Crystal Palace (David Blitzer, who also has ownership in the New Jersey Devils, Philadelphia 76ers, the Cleveland Guardians and Real Salt Lake, among others), which tout former New York City FC head coach Patrick Vieira as a manager.

The 22-year-old USMNT defender was an unused substitute in Palace’s 2-0 loss to Arsenal to open the EPL season.

Jacksonville Jaguars owner Shahid Khan, the Pakistani-American billionaire, is also the owner of Fulham FC, which gained promotion back to the Premier League after winning the English Championship in May.

The Cottagers are anchored by veteran American defender Tim Ream, a St. Louis native who has 46 caps with the USMNT, as well as regular US starting left back Antonee “Jedi” Robinson, the 25-year-old native of Milton Keynes, England who was raised in White Plains, New York where he gained American citizenship.

If Turner isn’t the No. 1 goalkeeper for the US in Qatar, Zack Steffen will likely have that role. The 27-year-old from Coatesville, PA, who transferred from the Columbus Crew to Manchester City is on loan this season with Middlesbrough in the Championship where he’s started both of The Boro’s two matches to start the season.