By Steve Tsilimos | Posted 15 days ago 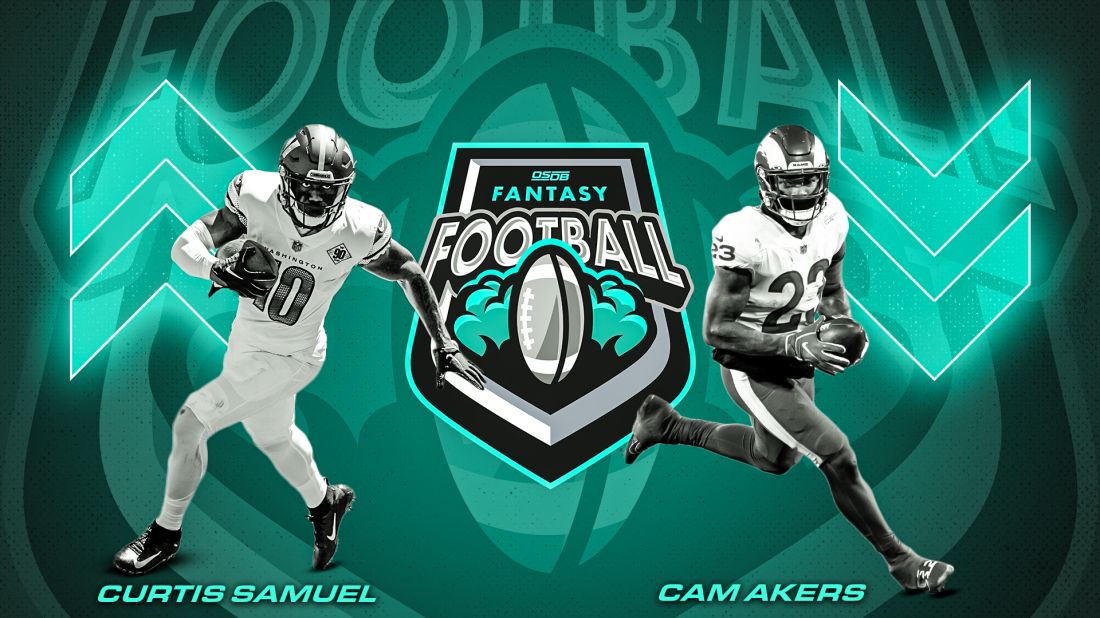 The preseason hype for some players is just that, hype. Other players who flew under the radar made their presence known in Week 1. Many of the big-name receivers who ventured to new teams this offseason showed up and balled out on their new teams. And like always, some players that people had high hopes for left their managers wanting so much more.

Who disappointed in Week 1, and how does the future look for them? Which players can you target off of the waiver wire to make your team better?

The Chiefs’ QB Patrick Mahomes showed he does not need WR Tyreek Hill and threw for five TDs in a victory over the Cardinals.

Vikings’ WR Justin Jefferson showed why he was a top receiver in fantasy drafts this summer with his 186 yards and two TDs in a blowout win over the Packers.

Colts’ RB Jonathan Taylor silenced any possible doubts of him not deserving to be the first RB taken in fantasy drafts by converting 31 rushes into 162 yards and a TD.

The Rams were one of the largest disappointments of Week 1 with their opening night 31-10 loss to the Bills. Cam Akers was no help to his team in the loss as he gained zero yards on three carries and was not targeted in the passing game. Heading into the season, many believed that Akers would be in a split backfield and may not be that effective coming off of an Achilles injury. I am not sure anyone thought it would be this bad, though. Akers was the backup to Darrell Henderson and was as ineffective as he could have been. Akers does not look ready for NFL action right now and will need to show more efficiency in his limited touches before he can be trusted in fantasy lineups.

Dameon Pierce was getting all the hype out of Texans camp, which had many people convinced that he would be the starting running back in Week 1. Pierce received 28% of the RB snaps behind starting RB  Rex Burkhead’s 72%. Pierce still got 11 carries and produced 33 yards in a game where Houston was leading for most of it. Pierce is someone worth stashing on the bench and waiting to see if he works himself into a split backfield with Burkhead.

CeeDee Lamb was thrown to 11 times but only converted two of them to catches for 29 yards. The Cowboys’ No. 1 receiver should be able to be more efficient in the upcoming weeks, but it will be hard for him to produce as a top-10 WR without his starting QB. The Cowboys' offense was already dealing with injuries on the offensive line and receiver position before the season started. Lamb’s outlook on the season has gone from a possible top-5 WR to a WR2/3.

Allen Robinson did not cash in on the off-season hype he garnered because he joined the Super Bowl-winning Rams. Robinson caught one of two targets for 12 yards in Week 1. He should be able to rebound against Atlanta this coming week, but he is hard to trust as a WR2 with such a small output in Week 1. Cooper Kupp picked up right where he left off from his record-setting season a year ago with a monstrous 13rec/128yds/1TD night. Kupp should continue to get the bulk of targets with TE Tyler Higbee as the clear second option to Matthew Stafford. Robinson is a high-ceiling, low-floor Flex start in Week 2.

Kirk Cousins looked good (23/32, 277, 2 TDs) in his first start in new HC Kevin O’Connell’s offense. The Vikings threw the ball on 53% of their offensive snaps even though they possessed the lead for most of the contest. Cousins is playing for a long-term contract this season and has a lot to prove, making him a top-12 QB candidate in O’Connell’s pass-heavy scheme.

Khalil Herbert was out-snapped 38-17 by RB David Montgomery and still, Herbert outgained his backfield mate 45-26. Although he was not in for the bulk of the game, Herbert was the RB in the game in closing time near the goal-line where he punched in a three-yard TD that sealed the Bears' victory. Herbert has Flex appeal and could easily continue to eat into Mongomery’s snaps as the year progresses.

Rex Burkhead is the back to own right now on an improved Texans team. Burkhead played 72% of the RB snaps in the Texans Week 1 tie with the Colts. Burkhead touched the ball 19 times and gained 70 yards from scrimmage. His age and ineffectiveness make his ceiling pretty low but his floor should remain Flex worthy if he remains in the game at such a high rate.

Curtis Samuel dominated in his return to the field. He caught 8-of-11 targets for 55 yards and one touchdown in the Commanders’ Week 1 victory over the Jaguars. He showed his versatility by also rushing the ball four times for 17 yards. The Commanders have a lot of versatile weapons and who shines each week is likely to change. That being said, how much Washington leaned on Samuel when they needed a play makes me think his usage should remain consistent and he should have WR2/3 appeal moving forward.

Robbie Anderson took what would have been a quiet day and turned it into five receptions for 102 yards and a TD, when he broke free for a 75-yard TD in the fourth quarter. His eight targets easily led the team and doubled second place D.J. Moore’s four. Anderson should be added in all leagues and considered as a Flex play this week against the Giants.

The NFL’s ultimate Swiss Army Knife is back and better than ever. Taysom Hill is listed as a QB/TE in most leagues because he takes snaps, like he did in Week 1, and runs a Wild-Cat-type offense. Hill broke a 57-yard run and then capped off the drive with another 11-yard-TD run. His usage as runner and possible pass catcher/thrower makes him a sneaky TE play each week. He could prove to have a low floor but I would not be surprised if he continues to be used a decent amount especially around the goal-line. 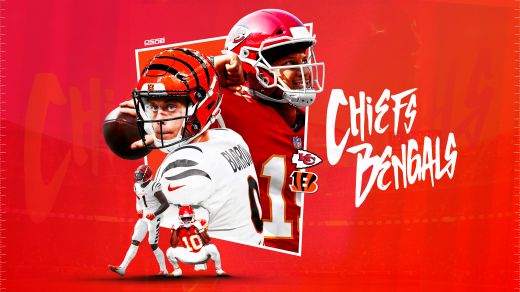 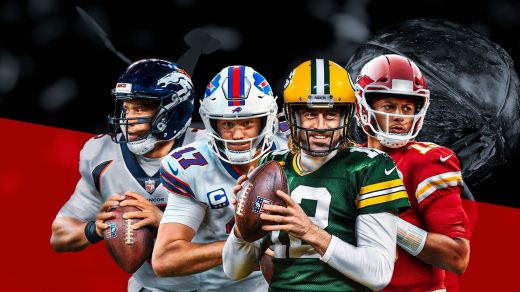 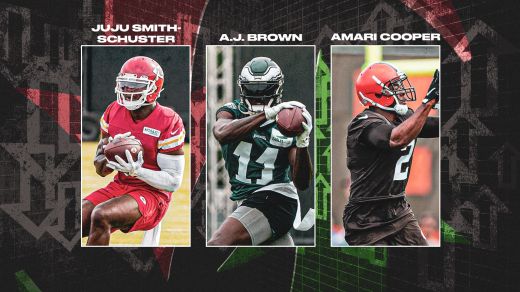 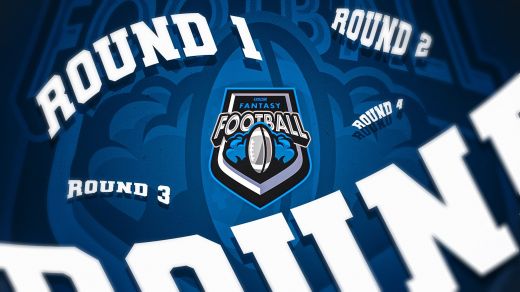 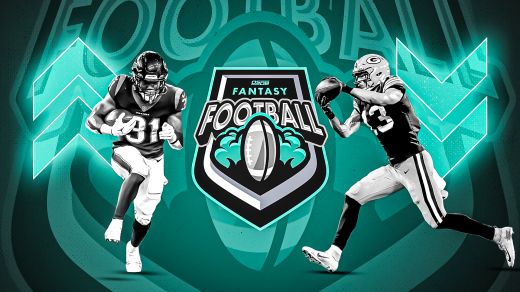 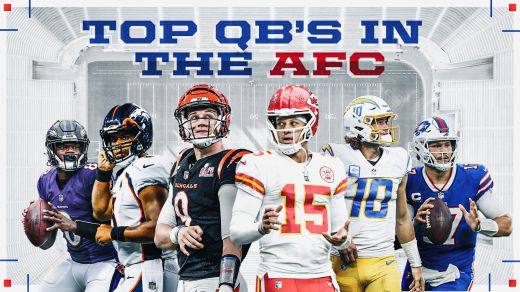 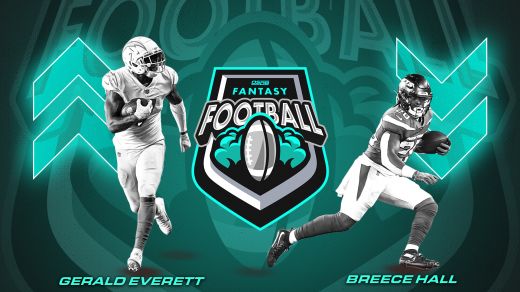 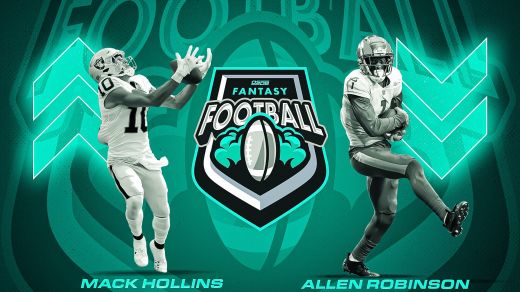