By Steve Tsilimos | Posted 24 days ago 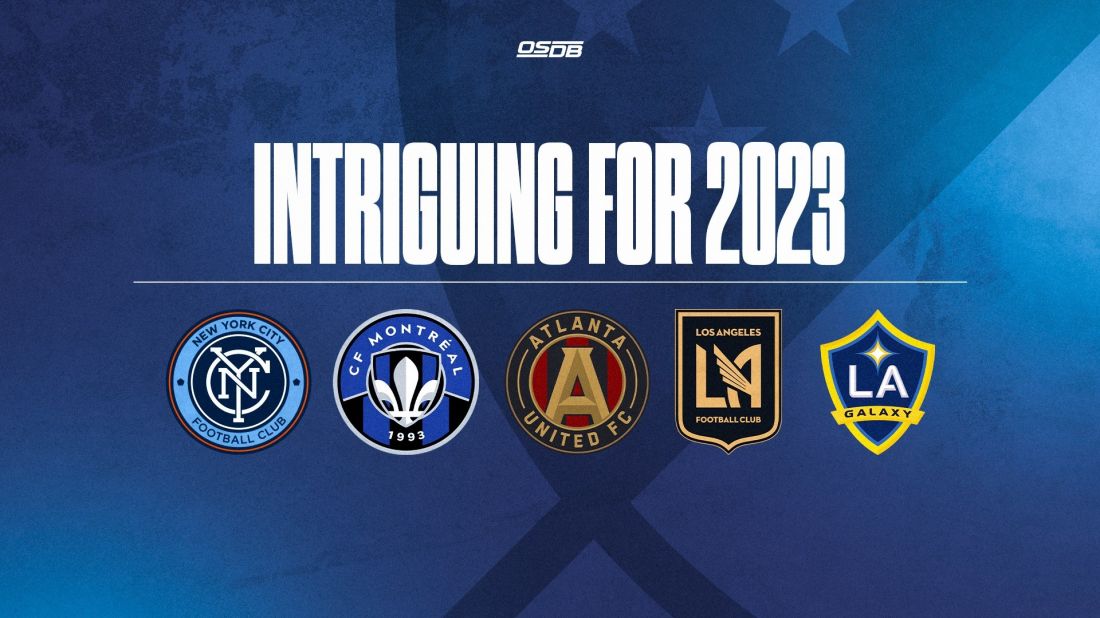 It may be hard to believe, but preseason camps have opened ahead of the 2023 Major League Soccer season.

Preparation for the 28th season, which kicks off Feb. 25, has begun and there’s plenty of intrigue as teams break camp.

While all 29 teams, which now includes expansion side St. Louis City SC, have questions ahead of the season, some have more others. Let’s take a look at five of those teams.

Let’s start at the top. When we last saw LAFC, they captured a first MLS Cup  in arguably the greatest match in league history. That completed the Supporters’ Shield/MLS Cup double for LAFC, the first team to do so since Toronto FC in 2017.

So what can the Black-and-Gold do for an encore? Following the Seattle Sounders and becoming the second team in MLS to win the current incarnation of the Concacaf Champions League is surely a goal of Steve Cherundolo’s team.

LAFC hooked one of the largest fish in free agency when the club announced the signing of center back Aaron Long. The 30-year-old, part of the USMNT roster at the World Cup in Qatar, was the MLS Defender of the Year in 2018 and was a regular starter for the New York Red Bulls for the past six seasons.

That move came on the heels of signing Croatian winger Stipe Biuk from Hajduk Split. The 20-year-old Croatian youth international, who had six goals and eight assists for the Croatian top-flight side since turning pro at the age of 17.

They also signed 38-year-old Everton goalkeeper EldinJakupović, who should help fill the void left by Maxime Crepeau, who is recovering from a broken leg during MLS Cup.

LAFC jettisoned Latif Blessing in trade with the New England Revolution, Gareth Bale retired and the defending champs could see additional departures before their mouth-watering season-opener against the LA Galaxy at the Rose Bowl on Feb. 25.

The Cityzens enter the 2023 season looking almost nothing like the side that captured MLS Cup two years ago. The biggest outbound move was playmaker Maxi Moralez, who pulled the strings as one of MLS’ best-ever No. 10s for the last six seasons, returning to his native Argentina to play for his boyhood side Racing Club.

Also gone are forward Heber, who was traded to the Seattle Sounders, standout right back Anton Tinnerholm, who returned to his native Sweden to play for Malmö FF, midfielder Nico Acevedo was loaned to Esporte Clube Bahia in Brazil and fellow midfielder Santi Rodriguez’s loan from Uruguay’s Montevideo City Torque has yet to be renewed.

On top of that, goalkeeper Sean Johnson and center back Alex Callens are free agents, with Johnson drawing interest from Toronto FC and Callens linked to Atlanta United, although both are in contract talks with NYCFC.

The one incoming move was signing 18-year-old MitjaIlenič right back from Slovenian top-flight side NK Domžale with additional moves surely to follow as Nick Cushing enters his first full season at the helm as head coach.

CF Montreal enjoyed one of the most successful seasons in club history, finishing second in the Eastern Conference with 65 points. Clearly European clubs were noticing.

Star midfielder Djordje Mihailovic was the first to leave, signing with AZ Alkmaar in Holland's Eredivisie for a reported $6 million. He was followed by fellow midfielder Ismael Kone, who also competed for Canada at the World Cup. The 20-year-old signed with Watford in the English Championship for $8 million after his first full season with Montreal.

And then right wingback Alistair Johnston, who was a standout for Les Rouges in Qatar, joined Scottish giant Celtic for $3.5 million.

Oh, and Wilfred Nancy, who was a Coach of the Year candidate in 2022, departed to coach the Columbus Crew.

Filling those footsteps is former D.C. United manager Hernan Losada and CF Montreal found Johnston’s replacement in Aaron Herrera, who they obtained in a trade with Real Salt Lake, while also filling in a need at center back by trading with Atlanta United for George Campbell. That’s especially important if the rumors Joel Waterman and Kamal Miller are also being courted by European suitors is true.

The midfield doesn’t have to be completely rebuilt, with Designated Player Victor Wanyama agreeing to a new two-year deal, but there are plenty of questions ahead for CF Montreal looking to build off a record-breaking season.

The rebuild in Atlanta is full steam ahead, especially after Garth Lagerway was lured from Seattle to become the club’s new president and CEO. He replaced Darren Eales, the architect from Day One, who left to join Newcastle United in the English Premier League.

Star turned out of favor striker Josef Martinez is surely also out the door, rumored to be joining Charlotte FC, while the club re-upped midfielder Amar Sejdić, who is coming off his best professional season to date and signed free agent winger Derrick Etienne, who had nine goals and six assists for Columbus last season.

Goalkeeper Brad Guzan and defender Miles Robinson are both returning from Achilles injuries and, if it’s in fact true Callens could be joining, Atlanta would arguably have one of the best center back duos in the league.

The Galaxy are always intriguing, especially since the noisy neighbors LAFC are coming off winning a first-ever MLS Cup. No team in MLS has more titles than the Galaxy, who are looking to take that next step up after reaching the playoffs for the first time since 2019.

What should be most exciting for LA fans, and neutrals alike, is the first full season for Riqui Puig, the 23-year-old Spanish midfielder who had three goals and five assists in just 10 appearances after signing from Barcelona during the summer transfer window.

LA also got rid of underperforming winger Kevin Cabral in a trade with the Colorado Rapids and opened up a DP spot, although they’re on the hook for a chunk of his bloated salary.

Hope is they can do the same with Douglas Costa and find suitable wingers for Mexican legend Chicharito, who is coming off an 18-goal, two-assist season.